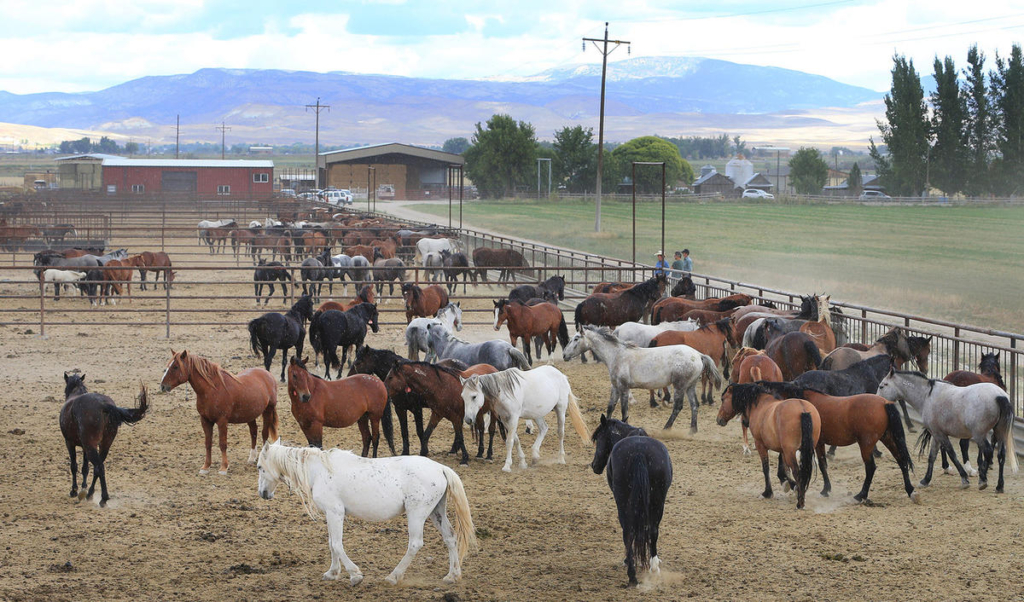 The 32-acre off-range corral in Axtell is shown in this 2015 file photo from the Deseret News.

The Bureau of Land Management and the Axtell Off-Range Corrals took the action after horses began showing signs of the illness, which includes an upper respiratory tract infection.

Infected animals are being tested to verify whether the symptoms are the result of equine distemper.

The possible outbreak led to a site visit by the state veterinarian and also prompted the BLM to cancel upcoming adoptions of the animals from the popular, high-in-demand Frisco and Sulphur herds.

“The BLM takes the health of every wild horse and burro seriously, and the Axtell facility horses will be monitored closely by facility staff,” said Gus Warr, the BLM’s Utah Wild Horse Program manager. “After all signs of infection have passed, the horses will be scheduled for transfer to Oklahoma, Illinois, Arizona, Nevada, Colorado, California and within Utah for adoption to qualified individuals.”

Staff at the Axtell facility began noticing symptoms, mostly in younger horses with weak or developing immune systems, on March 27.

Earlier in the month, the Utah Department of Agriculture and Food put out a warning for horse owners to be on guard and take precautions for a potential outbreak in light of cases that had shown up in Nevada and western Colorado.

The disease is passed horse to horse or by people who have been around an infected horse, with severe symptoms that include fever, trouble swallowing, nasal discharge, noisy breathing and swollen lymph nodes. It does not affect humans or other species of animals.

Owners should contact a local veterinarian if their animals begin to exhibit any symptoms.

Warr said the quarantine will not affect a public tour of the Axtell facility set for 11 a.m. to 2 p.m. April 19.