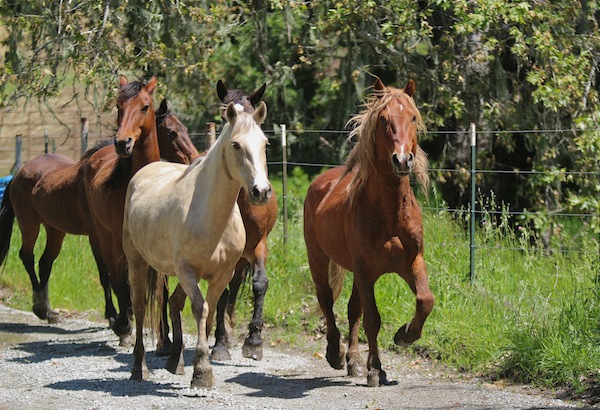 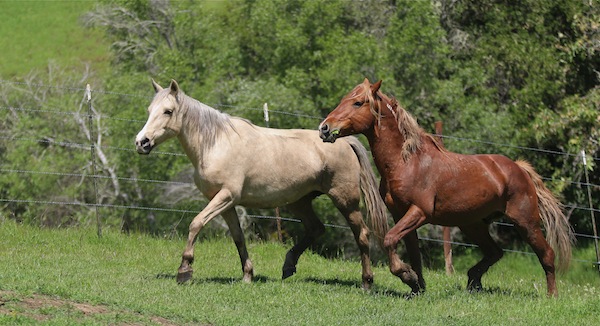 Read the San Luis Obispo Tribune’s story about the release and see its video of the release.

Return to Freedom on Wednesday celebrated the release of Galahad and his reunited family band onto RTF’s 2,000-acre satellite sanctuary in San Luis Obispo County.

The chestnut stallion, his lead mare, Hope, and three other mares trotted out of the meadow where they had been getting acclimated to their new surroundings. They paused on a sunny hillside before heading up through the tree line and out onto the great fields of grass and wildflowers beyond.

Galahad earned his name during the Bureau of Land Management’s 2010 Silver King Horse Management Area helicopter roundup. For five hours in the trap pens, Galahad defended Hope, who’d suffered a facial wound, and their colt from other stallions.

Fellow advocate Laura Leigh tracked Galahad and a white stallion, named Silver King after the HMA, to a prison training program. With the help of its supporters, RTF subsequently secured possession of the two stallions and reunited them with their family bands.

Last month, RTF released Silver King’s band at the SLO-Springs ranch, which is owned by the Carlson family. In 2015, as part of RTF’s Wild Horse Conservator Program, the Carlsons dedicated their property to RTF resident wild horses and burros and the private photo safaris and tours that help support them.

Others roaming the hills there include RTF’s Hart Mountain Herd, from Oregon, and Cold Creek Herd, from Nevada – 73 wild horses in all, with the addition of Silver King and Galahad’s family bands – and 16 burros. Galahad and Hope’s son, the all-white Sterling, has been spending his days with the Hart Mountain Herd.

On Wednesday, with a mouthful of grass, Galahad confidently followed his mares into a new chapter for their family band.

RTF’s ability to reunite wild horse families depends on the generous support of its donors. You can help by contributing here.

Together again from Return to Freedom on Vimeo. 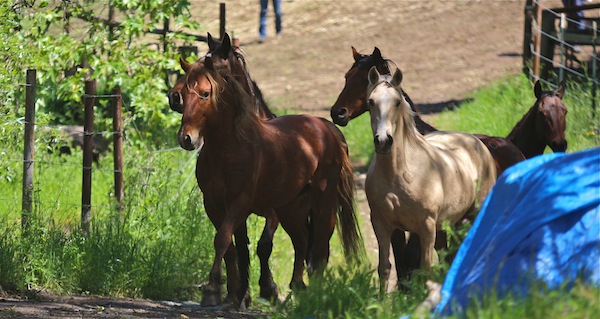 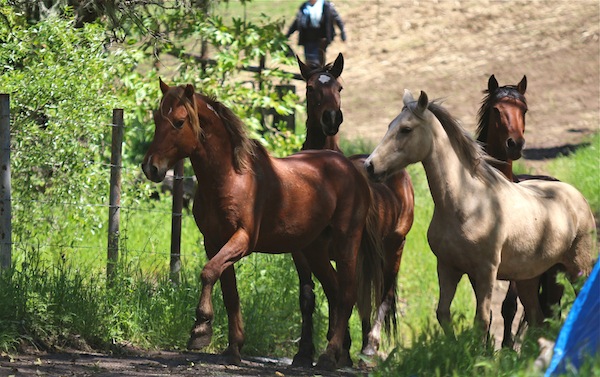 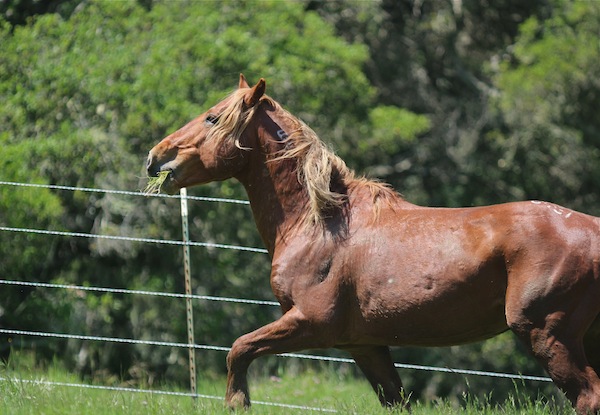 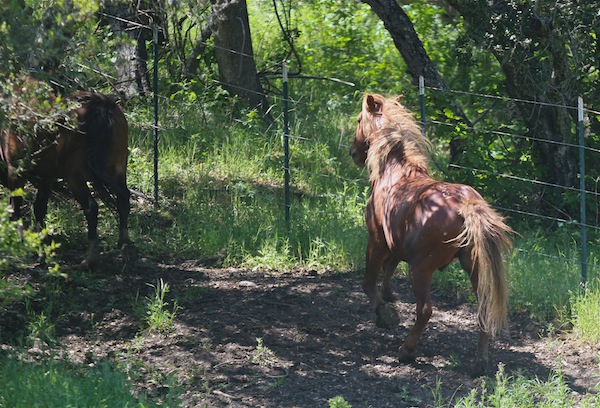