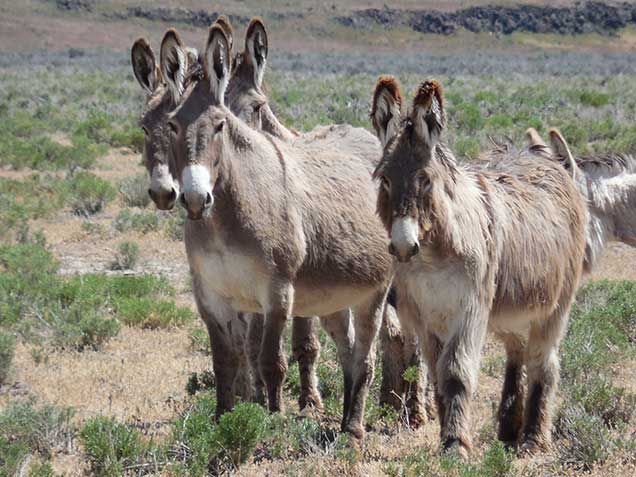 The Bureau of Land Management plans to start the bait and water trapping of up to 125 burros and wild horses from the Marietta Wild Burro Range during the week of July 17.

The estimated burro population on the 68,000-acre range stands at 341, compared to an agency-assigned Appropriate Management Level of 78-104 burros.

In 1991, when Marietta was designated as the nation’s first wild burro range, in Mineral County, Nev., there were no wild horses there; now there are about 48, according to BLM. The agency says that the wild horses likely originated from the nearby Garfield Flat or Reveille Herd Management Areas.

The agency says the growing numbers of burros and wild horses have led to increased competition for forage and water on the range, which is also home to bighorn sheep and pronghorn.

“This has led to animals leaving the range and moving into the vicinity of the state highways and has resulted in numerous vehicle collisions creating public safety and animal health risks,” according to a BLM press release.

There are no private livestock on the burro range, according to BLM.

BLM issued a 2011 decision to remove wild horses and burros from the area using helicopter trapping as well as bait and waiter trapping, but did not move forward due to lack of funding.

Captured burros and wild horses will be transported to the Indian Lakes facility located in Fallon, Nev., and later offered from adoption.