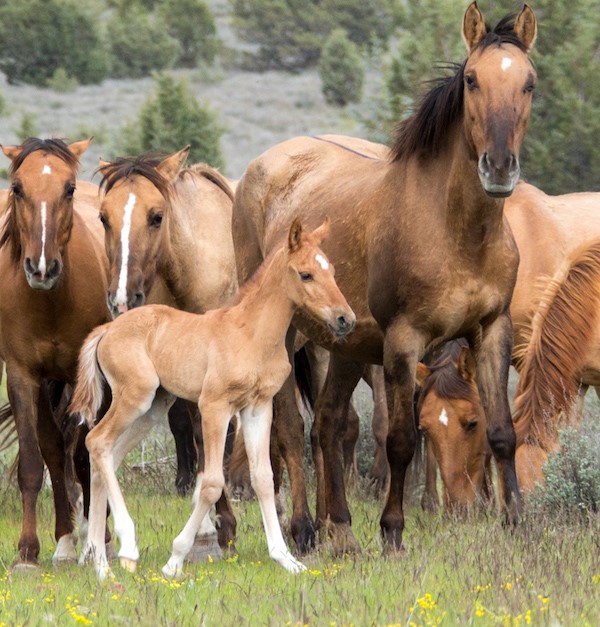 Return to Freedom Wild Horse Conservation and former New Mexico governor and United States ambassador Bill Richardson on Thursday urged Congress not to turn back the clock to an age of killing wild horses and of horse slaughter.

“It’s wrong to slaughter horses,” Richardson said. “It’s not something that the American people want. Their tax dollars shouldn’t be spent on an inhumane practice that they so strongly oppose.”

On Wednesday, the House Appropriations Committee voted 27-25 to reject an amendment to the 2018 agriculture appropriations bill that would bar the U.S. Department of Agriculture from hiring horsemeat inspectors. Since 2005, animal welfare advocates have made an annual push for the amendment in the absence of a permanent federal ban on horse slaughter.

The vote came despite what polls have shown is overwhelming public opposition to horse slaughter. The last slaughter plant in the country closed in 2007.

Immediate attention now turns to the plight of the nation’s wild horses and burros. On Tuesday, the Appropriations Committee is due to vote on the interior appropriations bill, which includes funding for the Bureau of Land Management’s Wild Horse and Burro Program.

Provisions in the Trump administration’s budget would allow the BLM to kill captured wild horses or sell them without restriction – a change that would enable kill buyers to purchase wild horses on the cheap and haul them to Canada or Mexico for slaughter.

As it stands, that language is not currently part of the House interior funding bill, but Neda DeMayo, president of national nonprofit Return to Freedom, warned that wild horse supporters must not be complacent. They should  continue to call Congress and encourage lawmakers to double down on proven humane solutions — not spend tax dollars on the mass killing of healthy animals.

“Now is the time for our representatives to ask tough questions and demand a humane, sustainable on-the-range management plan for wild horses — rather than be left to explain their votes later, after healthy horses are shipped to slaughter or shot at taxpayer expense,” DeMayo said. “Killing wild horses or selling them out the back door would be a betrayal that many Americans would never forgive.”

A 2013 National Academy of Sciences report identified fertility control as an effective tool for managing the wild horse population while blaming BLM’s system of capture and removal for promoting population growth. An economic model published that same year in the peer-reviewed Journal of Zoo and Wildlife Medicine found that the BLM could attain its management goals within 12 years by using fertility control.

In 2007, BLM was very close to achieving their desired population target and still did not implement an effective fertility control program that has proven 91-98% successful in various other programs. In 2016, for example, BLM spent just $340,000 on fertility control compared to $52.49 million on capturing and warehousing horses off the range.

Return to Freedom and other advocates have long called for redirecting money spent on capturing and holding wild horses toward available solutions. These include not only using safe, proven fertility control but revisiting population targets, based on a fair interpretation of multiple-use land management; providing incentives for ranchers who reduce livestock grazing in wild horse Herd Management Areas; increasing range stewardship, including much-needed water source restoration; and relocating horses, if truly necessary.