Column: Should it be this hard to do the right thing in managing America’s horses? 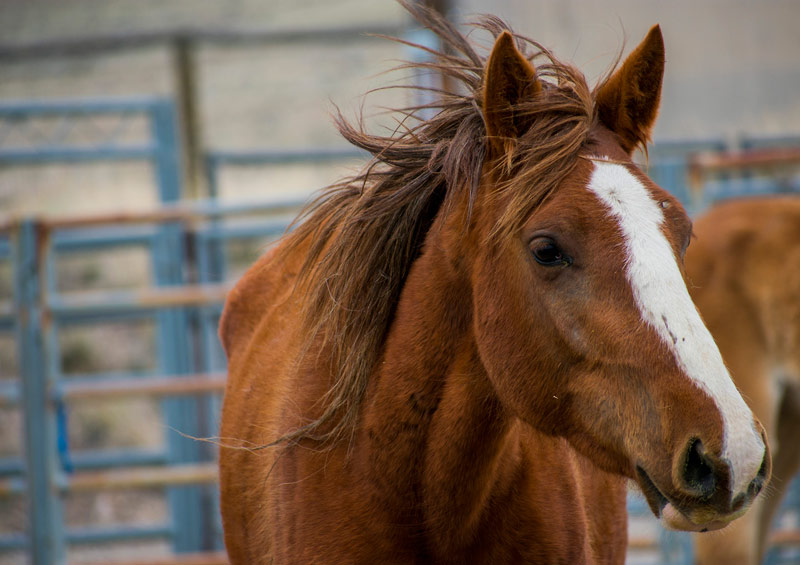 It will come as little surprise to most Americans that literally millions of people across the globe have a newfound interest in U.S. politics thanks to the, shall we say, unconventional approach of President Donald Trump.

The U.S. system of government isn’t terribly easy to understand to outsiders, but we understand that the three branches of U.S. government are enshrined in the Constitution and the whole system represents a complex system of checks and balances.

Such a system, one might think, has the ability to deliver great things, but at the same time there are areas where we have to acknowledge it has delivered woefully, offering nothing more than conflict, division and, at best, stalemate.

We have only to look at the treatment of America’s horses for an illustration of just how ineffective the system can be.

I have written about America’s battles over horse slaughter plants and its management of wild horses on federal lands for a good many years.

Advocates, lobbyists and lawmakers have expended a great deal of energy supporting a variety of positions. Progress – if that is the word – has been glacial.

Let’s take wild horses. It seems incredible, given the amount of credible scientific evidence that has been generated on the subject, that better-tailored management practices haven’t be implemented.

Firstly, there is widespread disagreement over whether there are too many horses on the western rangelands. Some advocates argue that horse numbers within the designated herd management areas need to be increased to ensure genetic diversity. Others consider there are too many horses and view them as competition against livestock for natural resources on the range. Wild horse advocates throw around disparaging terms such as “welfare ranchers” in their efforts to get cattle off the range. Ranchers lobby politicians for outcomes favorable to their interests.

Everyone seems to agree that the current population-control strategy used by the Bureau of Land Management (BLM) of mustering the horses and keeping them in long-term holding is costly, inefficient and largely ineffective. Even a National Academy of Science report says as much.

Yet, all parties cannot agree on the best way forward.

Many, but not all, advocates, including the Humane Society of the United States, have pushed for much greater use of birth control to manage on-range numbers, but the BLM’s use of this method has been little more than tokenism.

Now, with its Wild Horse and Burro management budget groaning under the cost of keeping animals in captivity, the BLM is seeking the right from lawmakers to sell the horses without limitation, a move that advocates rightly fear could see thousands of wild horses go to slaughter.

The agency is pressing for this change, well aware that polls over many years have shown that Americans don’t much care for any horses being sent to slaughter, domestic or wild.

These issues have been argued in circles for years. Has there been progress? Virtually none. Cynics would argue that the program has all the hallmarks of a slow train wreck.

The whole issue of horse slaughter in the U.S. is also fraught. Horse slaughter plants have been shuttered in the US since 2007, thanks to the regular inclusion of language in U.S. Department of Agriculture spending bills that prevent money being spent on the federal inspections required for such abattoirs to operate.

Every year, there is a fight over whether this defunding language is included. Most years, it’s in, and plants stay closed. But a few years back it was removed and several companies made efforts to open plants.

Horse advocates fought back through the courts, thwarting all efforts until the defunding language made it back into the next spending bill.

There have been ongoing pushes to pass a law that would prevent U.S. horses being shipped across its borders to Mexico or Canada for slaughter. It is a highly unsatisfactory situation which gives rise to major welfare issues. The bill in various incarnations has enjoyed considerable support, but hasn’t progressed through Congress.

Then we have the lamentable situation around the illegal practice of soring in walking horses. It has been outlawed for more than four decades, but it has been clear for years that the law needs to be tougher.

The Prevent All Soring Tactics (PAST) bill was written to do just that and has enjoyed massive bipartisan support. It still hasn’t been voted into law. A bid by the US Department of Agriculture to get the key changes in place through a rule change has also been thwarted for now.

Much energy has been expended, with parties perhaps taking some solace from the fact they have “held their ground”.

Perhaps most concerning is the influence of monied interests. On-range management practices seem, at least at times, more about ranching and livestock interests than science.

The current push by the BLM to sell horses without limitation is budget-driven, pure and simple. No scientific report appears to have had any input into this decision. It’s the bean counters. It seems incredible that a federal agency can effectively paint itself into a corner, and then seek concessions to get itself out of its predicament.

It is all disappointing. And, sadly, there is no end in sight.

Sign RTF’s petition supporting its Wild on the Range campaign, which offers humane alternatives to the BLM’s broken, expensive system of capturing and removing wild horses and burros.