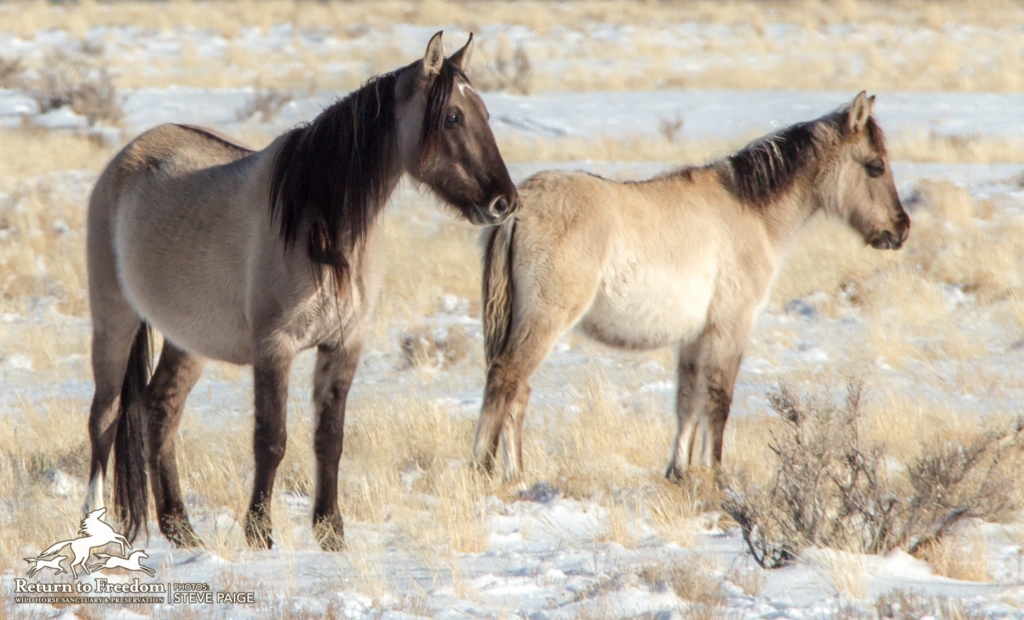 Return to Freedom Wild Horse Conservation on Thursday commended the Senate Appropriations Committee for approving, on a voice vote, an amendment keeping alive the effort to prevent the cruel and costly industry of horse slaughter from returning to the United States.

“With today’s bipartisan vote against horse slaughter, the Senate Appropriations Committee showed it had listened to the facts and heard the loud the voices of the American public, which polls have shown overwhelmingly oppose the return of a cruel and costly industry,” said Neda DeMayo, president of Return to Freedom.

Specifically, the Senate Appropriations Committee on Thursday approved language barring the U.S. Department of Agriculture from hiring horsemeat inspectors. Since 2005, animal welfare advocates have made an annual push for a so-called “defund amendment” to agriculture appropriations bills in the absence of a permanent federal ban.

The safety of horses, both wild and domestic, remains far from assured, however.

Provisions in the Trump administration’s budget would allow the BLM to kill captured wild horses or sell them without restriction – a change that would enable kill buyers to purchase wild horses on the cheap and haul them to Canada or Mexico for slaughter.

On July 13, the House Appropriation Committee voted 27-25 to reject a similar horse slaughter defund amendment. Six days later, the House committee passed, on a voice vote, an amendment to the interior appropriations bill that would allow the Bureau of Land Management to kill healthy unadopted wild horses and burros held in government corrals or on off-range pastures, but left in place limited sale restrictions.

The House votes came despite what polls have shown is overwhelming public opposition to horse slaughter and strong support for wild horses. The last slaughter plant in the country closed in 2007.

The Senate Appropriations Committee is expected to take up the Interior appropriations bill – including the Bureau of Land Management’s Wild Horse and Burro Program – in the next two weeks.

“If the committee again examines the facts, it will similarly reject, in the days ahead, myths propagated about wild horses by moneyed interests that wish to see them killed or sold to those who would profit from slaughter in foreign countries,” DeMayo said. “Instead, the committee should press the Bureau of Land Management to utilize long-available, humane solutions for managing wild horses, these living symbols of freedom, on our shared public lands.”

Wild horse advocates are battling a misinformation campaign from the BLM and others who wish to see them gone from the range. Opponents of free-roaming wild horses and burros on public lands have painted a false picture for Congress of starving horses on a range damaged solely by wild horses with no mention of the number of cattle on public lands dwarfing that of wild horses.

Critics also continue to contend – falsely – that the use of fertility control vaccines have failed, despite BLM having never spent more than 3.88% of the wild horse program’s budget on fertility control.

In fact, a 2013 National Academy of Sciences report identified fertility control as an effective tool for managing the wild horse population while blaming BLM’s system of capture and removal for promoting population growth. An economic model published that same year in the peer-reviewed Journal of Zoo and Wildlife Medicine found that the BLM could attain its management goals within 12 years by using fertility control.

In 2007, BLM was very close to achieving their desired population target and still did not implement an effective fertility control program that has proven 91-98% successful in various other programs. In 2016, for example, BLM spent just $340,000 on fertility control compared to $52.49 million on capturing and warehousing horses off the range.

Return to Freedom and other advocates have long called for redirecting money spent on capturing and holding wild horses toward available solutions. These include not only using safe, proven fertility control but revisiting population targets, based on a fair interpretation of multiple-use land management; providing incentives for ranchers who reduce livestock grazing in wild horse Herd Management Areas; increasing range stewardship, including much-needed water source restoration; and relocating horses, if truly necessary.