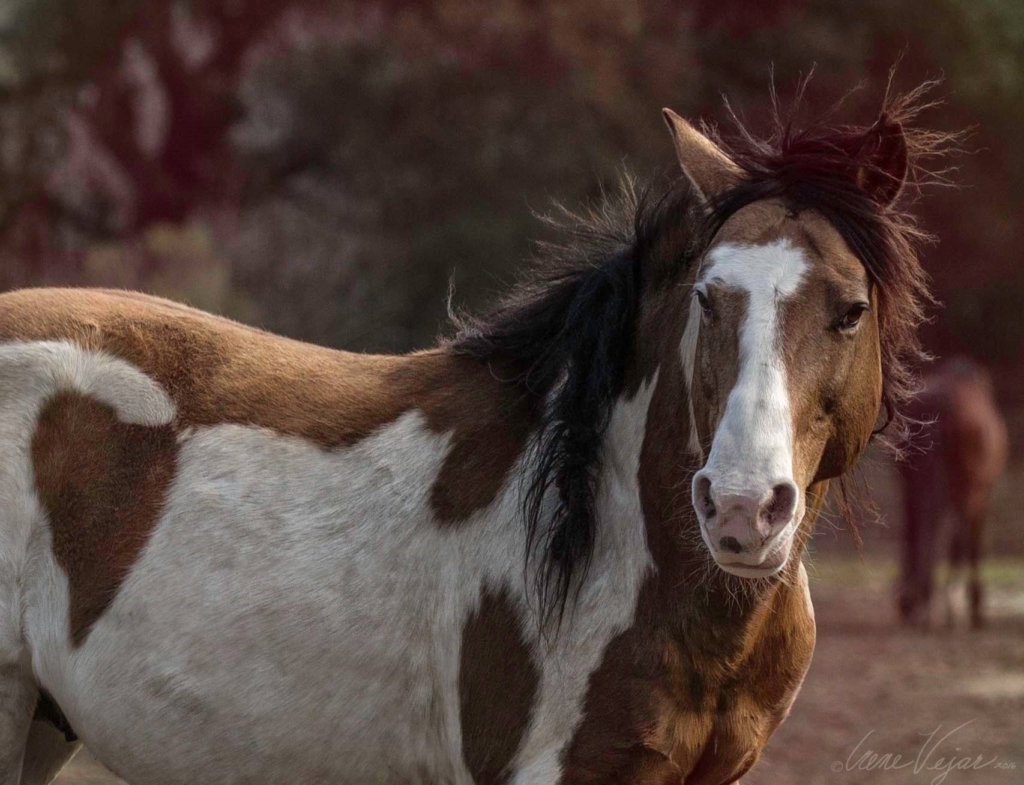 Tomahawk, a stallion at RTF’s American Wild Horse Sanctuary who would be facing death or unrestricted sale to slaughter under provisions being pushed by some in Washington, D.C. Photo by Irene Vejar.

The Senate Appropriations Committee on Thursday approved, on a voice vote, an amendment barring the U.S. Department of Agriculture from hiring horsemeat inspectors – keeping alive the effort to prevent legal horse slaughter from returning to our country.

Statement from Return to Freedom:

“With today’s bipartisan vote against horse slaughter, the Senate Appropriations Committee showed it has heard loud and clear the voices of the American public, which polls have shown overwhelmingly oppose the return of a cruel and costly industry.

“If the committee again examines the facts, it will similarly reject, in the days ahead, myths propagated about wild horses by moneyed interests that wish to see them killed or sold to those who would profit from slaughter in foreign countries. Instead, the committee should press the Bureau of Land Management to utilize long-available, humane solutions for managing wild horses, these living symbols of freedom, on our shared public lands.”