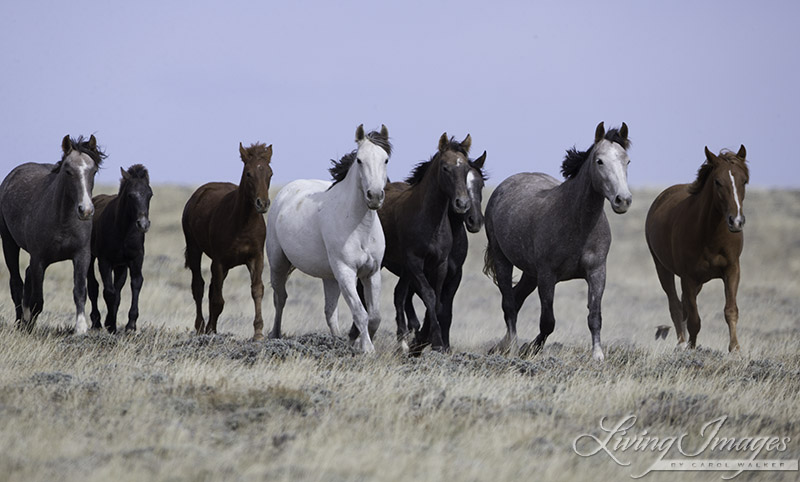 Public comment is due Aug. 10 on the Bureau of Land Management’s plan to capture and remove 1,560 wild horses from three herds in southwest Wyoming’s Checkerboard region.

The BLM plans to use helicopter drive trapping to remove more than half of the wild horses from three Herd Management Areas:

BLM is considering re-releasing a portion of the wild horses captured that would include 315 mares treated with the fertility control vaccine PZP.

BLM allows private cattle, sheep and horse grazing on the three HMAs equal to 149,962 Animal Unit Months. An AUM is defined as the use of public land by one cow and her calf, one horse, or five sheep or goats for a month. According to BLM, livestock use has been at 39% of permitted levels between 2008-16, with voluntary reductions, in part because of drought.

The Checkerboard is an unfenced region alternating blocks of public and private or state land. The proposed roundup would take place over a combined 1.7 million acres of public land and 731,703 acres of private land.