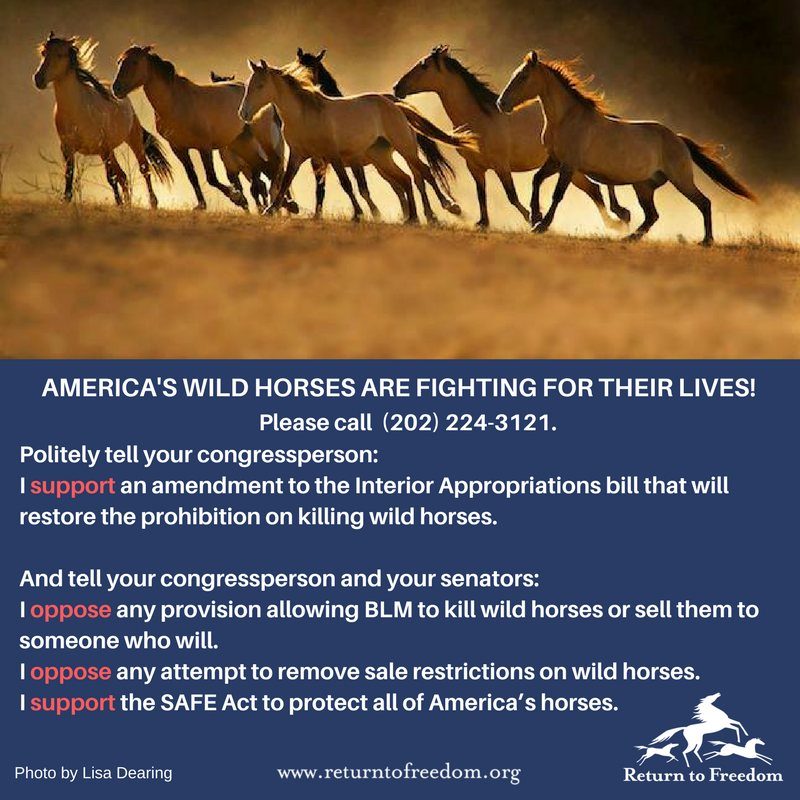 As the days tick away until Congress votes on the fate of tens of thousands of wild horses and burros, it’s seemingly business as usual with our federal government.

The Bureau of Land Management busied itself capturing more wild horses. A report from Washington on America’s horses failing to advance the conversation was released. And Interior Secretary Ryan Zinke readied a “summit” on wild horses — without advocates on the guest list.

None of this is good news for wild horses, but we cannot be discouraged or look away. There’s no time for that. It is critical for advocates to act – right now.

Please call your representative and senators, and urge others to do the same.

We are expecting an amendment to be offered to the Interior Appropriations bill when it goes to the full House that would restore protective language for wild horses. As it stands, those protections would be stripped away under the current version because of a different amendment, passed by the House Appropriations Committee in July, which would allow BLM to kill healthy unadopted wild horses and burros.

The Senate Appropriations Committee should also take up its version of the Interior bill in September. This makes calls both to the House and Senate critically important.

For more information on current legislation and other actions you can take, please click here.

Roundups like the one in Utah are always tragic events, but the threat of Congress allowing BLM to shoot healthy wild horses makes the capture of each one more heartbreaking still – and drives us to keep doing all that we can all we can to battle on their behalf.

Join us in the fight for the future of wild horses, before it’s too late.

Neda DeMayo and the RTF Team