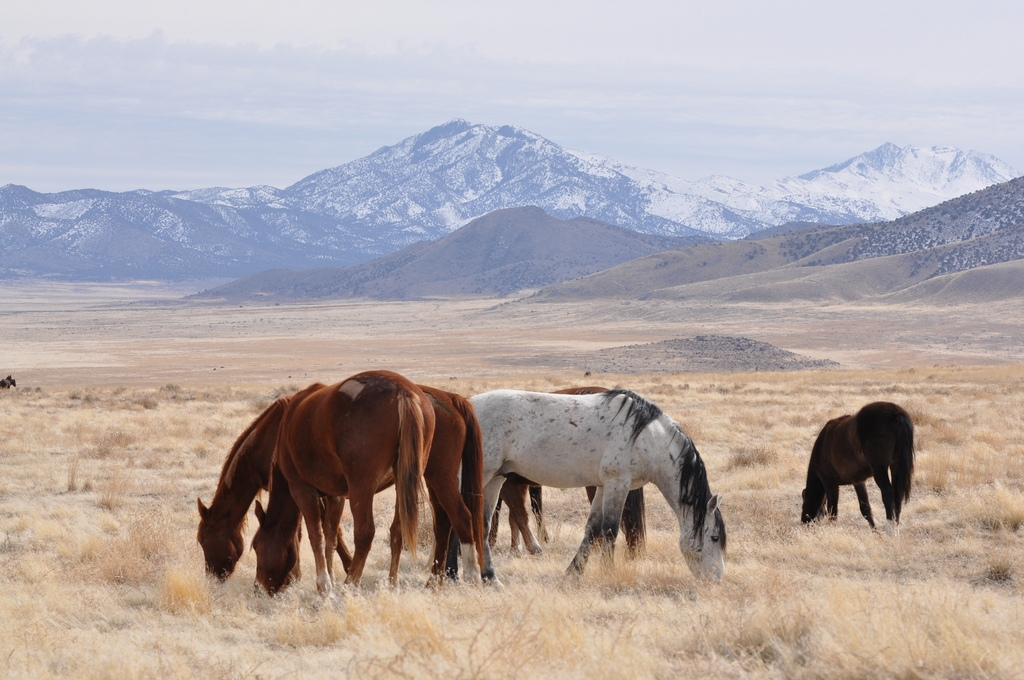 As published by The Herald Journal

A conference on wild horse and burro management organized with help from Utah State University is encountering criticism from animal advocacy groups, claiming the conference is secretive in nature and not all sides and solutions will be heard.

Eric Thacker, a range extension specialist for USU, said invitations for the National Wild Horse and Burro Summit, Aug. 22-24, were made by a steering committee. A variety of groups and people were invited, but he claims there won’t be enough space at the City Creek Marriott in downtown Salt Lake City to include others.

“Our attempt has been to paint a full and broad picture of the wild horse and burro issue from a scientific standpoint,” Thacker said. “It’s an educational venue. We’re not advocating any particular strategy.”

U.S. Legislation in 1971 set out current federal management of wild horses and burros. It prescribes “appropriate management levels.” It mandates that old, sick or lame animals be “destroyed in the most humane manner possible,” and they can be “humanely captured and removed for private maintenance and care for which an adoption demand exists by qualified individuals.”

The population of wild horses and burros remained consistent for 30 years, but since 2001, their number has grown unsustainably, according to a BLM spokeswoman.

BLM tries to manage to wild horse and burro population in a number of ways, including taking them off the land and putting them into an adoption program or using birth control, she said.

But two new bills in Congress seek to change the way officials manage the animals — one would allow euthanasia of free roamers and another would reopen horse slaughterhouses in the United States.

The emerging pieces of legislation are just part of the reason animal advocacy groups say they are concerned.

“This is a convention of people who have been vocally leading the charge to roll back protection for wild horses and legalize the killing and slaughter of wild horses,” said Suzanne Roy, executive director of the American Wild Horse Campaign, to The Herald Journal. “It’s a propaganda summit, and it’s aimed at convincing federal officials the only way to manage these animals is to slaughter.”

USU Professor Terry Messmer defended the conference, saying it brings together a broad range of stakeholders tasked with building on a 2013 report from the National Academy of Sciences assessing the BLM’s Wild Horse and Burro Program.

“We’d like to update the science, and we’d like to bring together the scientists … to talk about what we can do to address the issues in a constructive manner.”

On Monday, the conference website was locked and could be accessed by participants only. But USU provided a copy of the conference agenda to The Herald Journal.

The media will be able to attend the speakers’ lineup portion of the conference but not other aspects of the event, including Thursday’s roundtable discussions.

Thacker holds firm in his belief the conference is designed to inform. He said USU was approached by the summit’s steering committee to “help them assemble a science-based meeting to provide information.”

“The role of a land-grant institution like Utah State is to provide scientific information to help the citizens make informed decisions,” Thacker said.

Thacker acknowledged mustang and burro management is a “polarized and a very emotional issue.”

“I hope it won’t diminish USU’s ability to fulfill its role, and I don’t think it will, but again, I can’t speak for the university,” he said.