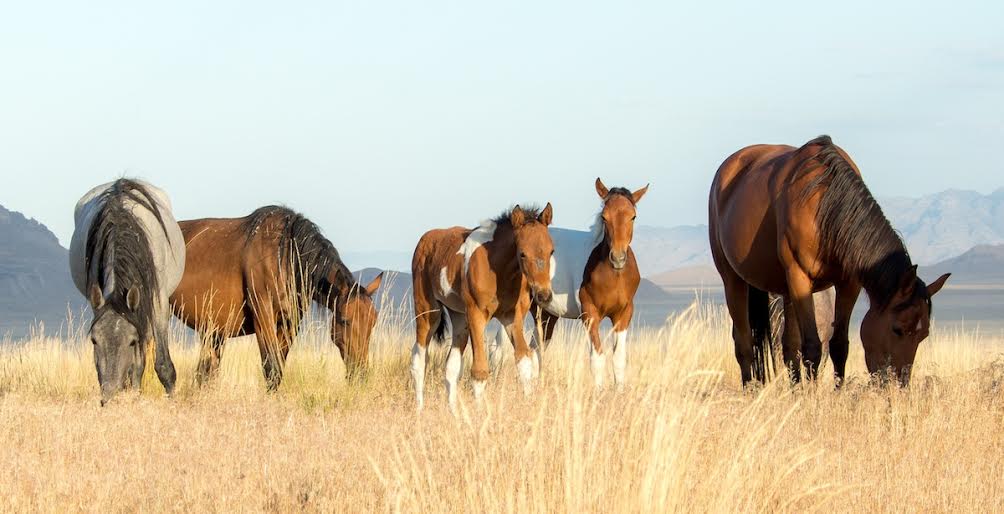 Return to Freedom is actively lobbying on six bills in Congress: the House and Senate versions of the Agriculture appropriations bill, Interior appropriations bill and SAFE Act. Here’s a guide to where each stands. Key votes are in red.

Context: RTF and other advocates have long pushed the Bureau of Land Management to implement safe, proven fertility control and other humane solutions for on-the-range management of wild horses and burros. Instead, BLM has never spent more than 4% of its wild horse program budget on fertility control and has continued cruel, costly roundups that have led to more than 44,000 wild horses in burros captured and placed into  short-term corrals and long-term pastures. In past federal appropriations bills, healthy unadopted wild horses and burros have been provided limited protections against euthanasia (shooting) and some restrictions have been placed on their sale. An omnibus spending bill passed this spring that will fund the government until fall included protective language for wild horses but added a provision allowing BLM to transfer wild horses and burros to other federal, state and local government agencies. Some of the language remains a concern but the threat to wild horses grew substantially in May, with the unveiling of the president’s Fiscal Year 2018 budget proposal. It would allow BLM to kill horses and sell them without restriction, opening the door to their sale to kill buyers who haul horses to Canada or Mexico for slaughter. Some Western lawmakers, acting under pressure from the livestock industry and other special interests, have long expressed a desire to remove wild horses and burros, by most any means, and are attempting to seize this moment to rid the ranges of wild horses. Horse opponents blame range degradation on wild horses, rarely mentioning the cattle that dramatically outnumber them on even public lands set aside for horses; dishonestly portray wild horses as starving across their ranges; and falsely claim that PZP and other fertility control vaccines have failed despite research that says otherwise and token spending on humane solutions by BLM.

July 18: House Appropriations Committee full committee markup – On a voice vote (meaning no roll call was taken), the committee approved an amendment by Rep. Chris Stewart, R-Utah, that struck following words from the protective passage: “Appropriations herein made shall not be available for the destruction of healthy, unadopted, wild horses and burros in the care of the Bureau or its contractors or for the sale of wild horses and burros that results in their destruction for processing into commercial products.” With that phrase removed, BLM would be able to kill healthy unadopted wild horses and burros. The bill also contains the language allowing BLM to transfer wild horses to other agencies.

Sept. 6: The House Rules Committee rejected the amendment, preventing it from being voted on by the full House.

Sept. 14: The House passed a combined appropriations bill, voting 211-198 in favor, which included Rep. Stewart’s amendment that would allow the Bureau of Land Management to kill healthy unadopted wild horses and burros. 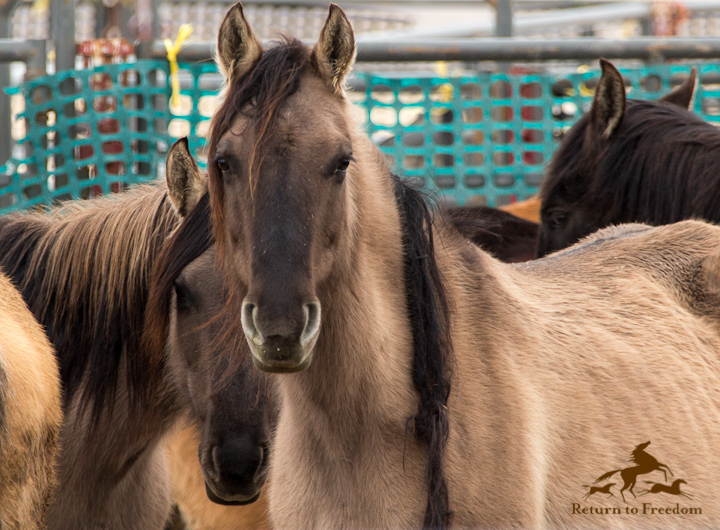 Context: The last horse slaughter plant in the United States close in 2007. To deter other companies from opening plants, advocates have since 2005 pushed the so-called “horse slaughter defund amendment,” which amends the Agriculture Appropriations Bill so that the U.S. Department of Agriculture is prohibited from hiring horsemeat inspectors. This has what served as makeshift ban until such time that horse slaughter opponents achieve their ultimate goal: passing the SAFE Act. The bill would amend the Federal Food, Drug, and Cosmetic Act to deem equine (horses and other members of the equidae family) parts to be an unsafe food additive or animal drug, as well as prohibit the knowing sale or transport of equines or equine parts for human consumption. In recent years, more than 100,000 American horses – including an unknown number of wild horses – have been shipped to their deaths.

Sept. 6: The House Rules Committee rejected the anti-slaughter amendment, preventing it from being heard on the House floor.

Sept. 14: The House passed a combined appropriations bill, voting 211-198 in favor, which did not include language preventing the U.S. Department of Agriculture from hiring horse meat inspectors. That could open the door to the resumption of horse slaughter in the United States.

What’s next: Date TBD, vote by the full Senate.

What’s next: The bill has been referred to the Energy and Commerce, as well as the Agriculture Committee.

What’s next: The bill has been referred to the Committee on Health, Education, Labor, and Pensions. 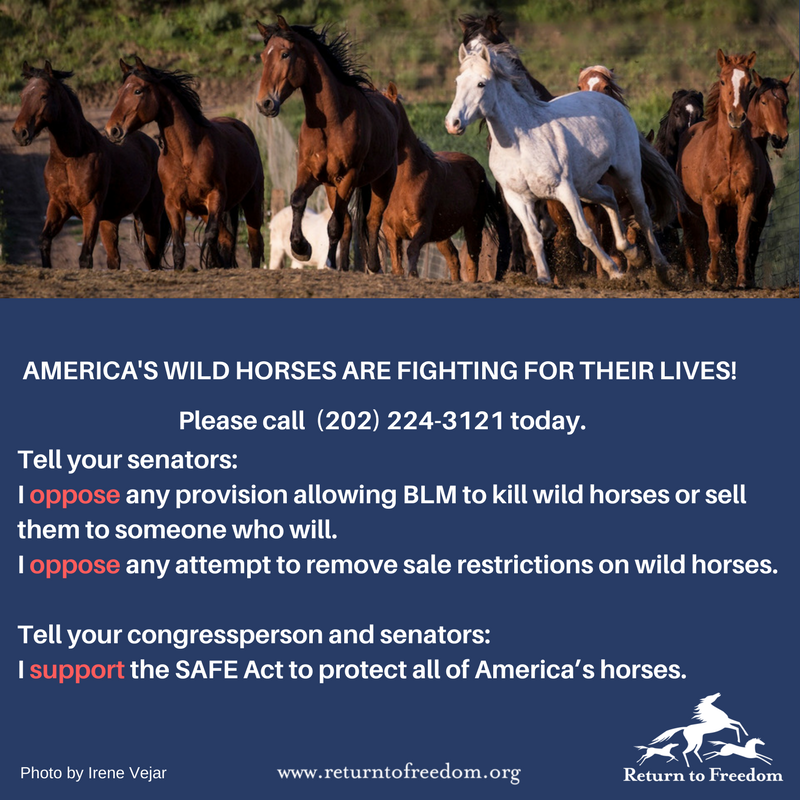 Please note:  If you’d like to call the Senate Appropriations Committee, please do. If a staffer suggests calling your own senators, tell them that you have done so (see above) but you believe it’s important to share your opinion with the committee. For a full list of committee members, click here. If you are unable to reach a Washington, D.C., office, check the senator’s website for district office phone numbers.

Sign our Wild on the Range petition in support of humane wild horse management solutions.

Sign our petition in support of the SAFE Act.

Write a letter to the editor in support of America’s wild horses.

Meet with your Congressional representatives or their staff.