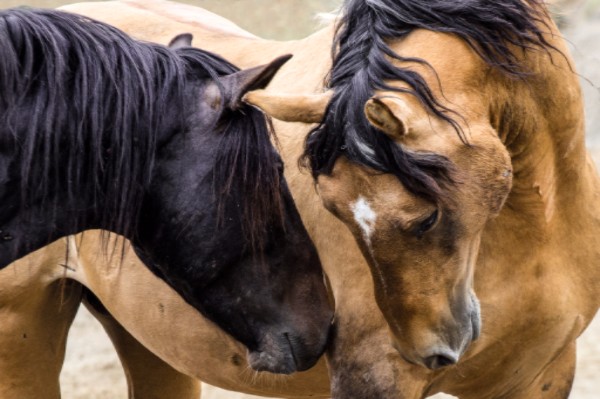 The House Rules Committee on Tuesday rejected a bipartisan amendment to would have barred the U.S. Department of Agriculture from funding horsemeat inspectors, a move that would have kept horse slaughter from returning to the United States for the first time since 2007.

On July 13, the House Appropriations Committee voted 27-25 to reject a similar slaughter defund amendment. Because there is no permanent federal ban on horse slaughter, advocates push annually for an amendment barring the USDA from hiring horsemeat plant inspectors to effectively keep a ban in place.

Member of the majority-controlled Rules Committee gave no reason for its decision, but it was consistent with the Republican-leaning vote in Appropriations and President Trump’s 2018 budget request. The committee is also likely seeking to trim the number of amendments being heard when the bill is taken up on the floor.

On July 20, the Senate Appropriations Committee voted to approve a bipartisan horse slaughter defund amendment to its ag bill.

Advocates will need to continue to call their senators, at (202) 224-3121, urging them to stand strong against horse slaughter in order for the final bill.

The Rules Committee is expected to take up a bipartisan amendment that would restore protective language for wild horses to the Interior Appropriations bill. In July, the House Appropriations Committee removed language preventing the Bureau of Land Management from killing healthy, unadopted wild horses and burros.