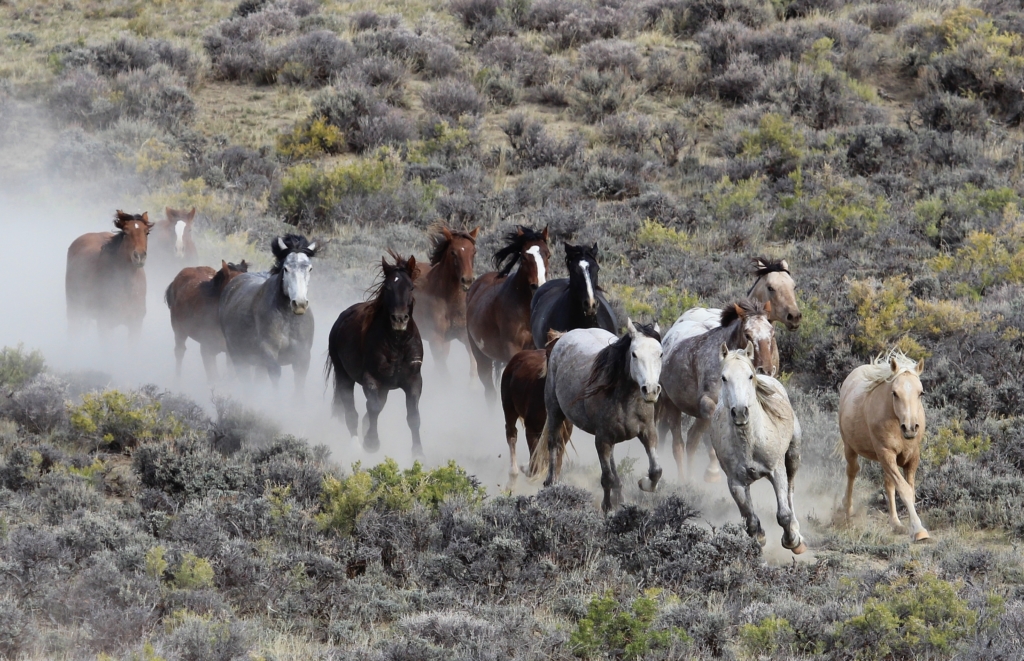 Update: Day one of the roundup was called off on Sept. 23-24 because of rain and poor road conditions.

As some in Congress push to allow the Bureau of Land Management to kill wild horses, the agency is gearing up to capture and remove 1,560 wild horses from their home ranges in southwestern Wyoming.

BLM is planning a Saturday start to a helicopter roundup to remove more than half of the wild horses on the Salt Wells Creek / Great Divide Basin / Adobe Town heard management areas:

The captured wild horses will be transported to the Rock Springs Wild Horse Holding Facility. They will be offered for adoption. Those that are not adopted will be moved to long-term pastures, according to BLM.

The future could be much darker for the captured horses, however.

Even as the roundup begins, Congress is debating whether to allow BLM to kill healthy unadopted wild horses and burros. President Trump’s budget request included removing protective language used in previous appropriations bills. In July, the House Appropriations Committee voted to approved an amendment that would allow BLM to “euthanize” — shoot — tens of thousands of wild horses and burros.

The Checkerboard is an unfenced region alternating blocks of public and private or state land. The proposed roundup would take place over a combined 1.7 million acres of public land and 731,703 acres of private land.

Call Congress to oppose the effort to kill wild horses and burros. Call  (202) 224-3121 today or contact your senators’ state offices (phone numbers are on their websites).

Tell your congressperson and senators:
— I support the SAFE Act (HR 113 / S. 1706) to protect all of America’s horses from slaughter.