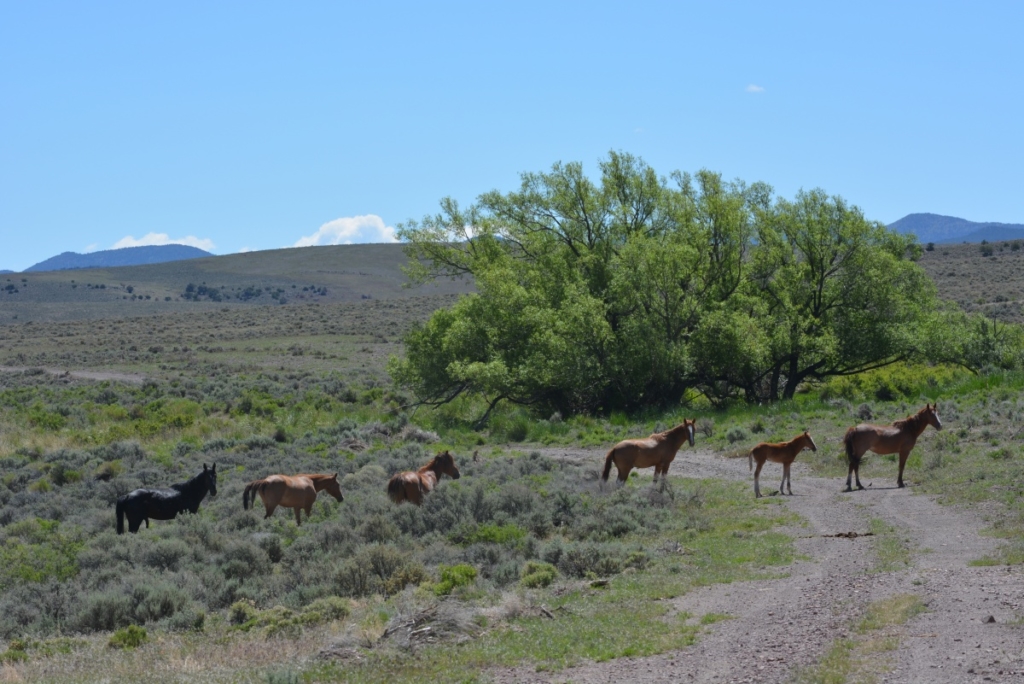 The Bureau of Land Management on Monday began a bait trap roundup of wild horses about 60 miles north of Ely, Nevada, as part of a 10-year fertility control pilot study.

BLM’s goal: capture all of the wild horses in the Water Canyon portion of the Antelope Herd Management Area, then release 30-35 of them with an even mix of mares treated with GonaCon-Equine and studs.

Horse beyond that total will be transported to the Indian Lakes off-range corrals in Fallon, Nevada, and later offered for adoption, according to a press release.

The study is a joint project with local and state government, as well as a local wild horse advocate who is serving as volunteer coordinator.

Private land near the Antelope HMA was the site of an “emergency” roundup in June during which 94 wild horses were captured and one died after a local landowner requested that BLM remove horses from his property. BLM justified that roundup because of “a projected lack of water.”