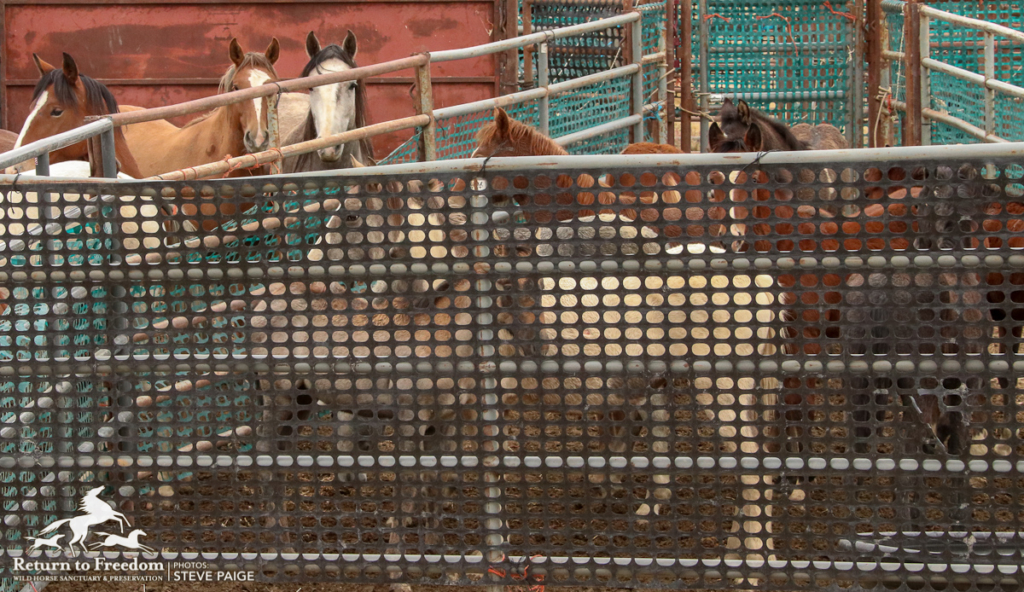 Captured wild horses in temporary holding are immediately separated by age and sex, including foals and mares. All photos by Steve Paige.

After being delayed by two days of rain, snow and windy conditions, the Bureau of Land Management on Monday captured 49 wild horses from the Salt Wells Creek Herd Management Area in southwestern Wyoming. No injuries were reported.

According to RTF humane observer Steve Paige, one of only two members of the public who viewed Monday’s roundup, the captured wild horses all were rated at five (“moderate”) or better on the 10-point scale used by BLM.

In an unusual step, BLM officials say they’re only counting captured adult wild horses against their goal and will release a number of foals captured later.

The captured wild horses will be transported to the Rock Springs Wild Horse Holding Facility. They will be offered for adoption. Those that are not adopted will be moved to long-term pastures, according to BLM.

Bands come together after being chased by helicopter, before being herded into the trap site.