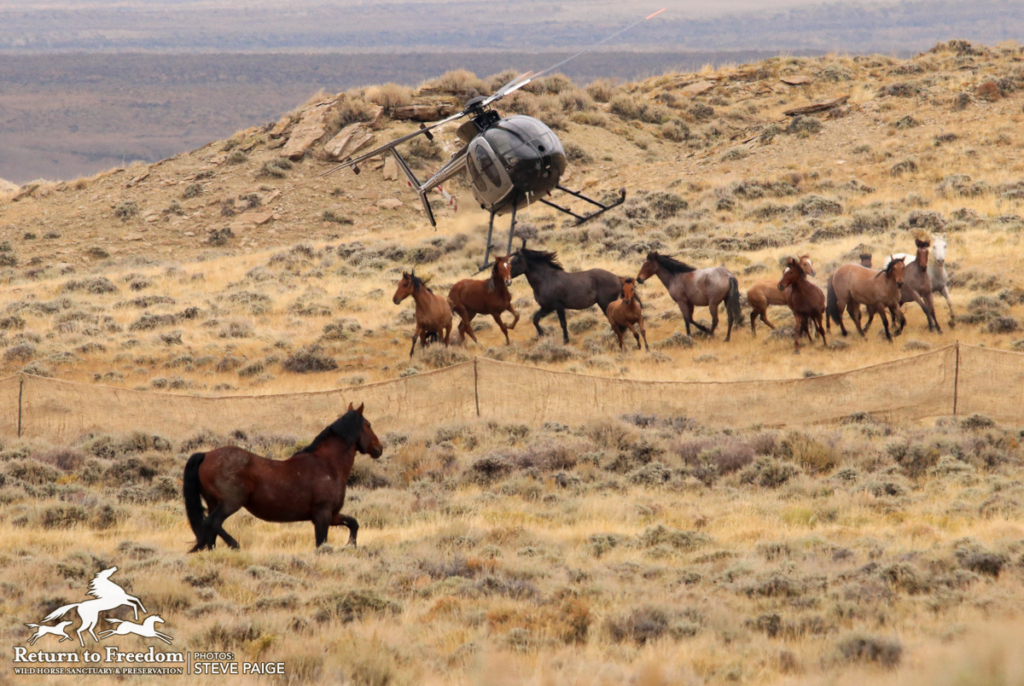 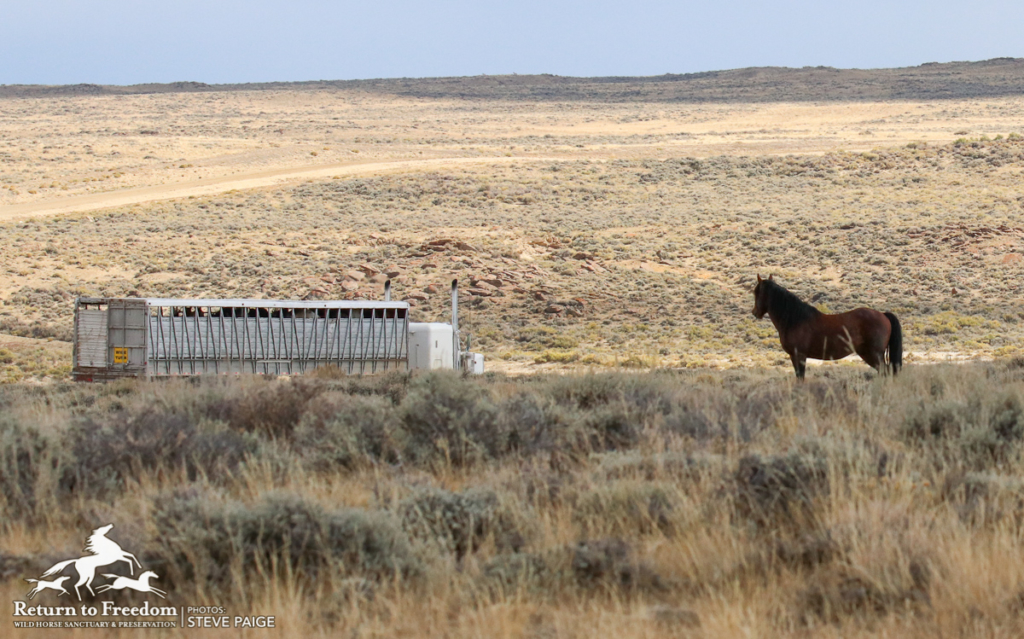 A  stallion watches as a truck carrying his family band drives away on Friday. All photos by Steve Paige.

A stallion tried for hours to rescue his captured family band on Friday during the ongoing helicopter roundup at the Great Divide Basin Herd Management Area in Wyoming.

Thirty-two adult wild horses and 13 foals were trapped on the day, bringing to 278 adult wild horses and 65 foals the total that have been captured as part of the ongoing Salt Wells Creek / Great Divide Basin / Adobe Town heard management areas roundup in southwest Wyoming’s Checkerboard region. Four others had been euthanized through Thursday, according to the Bureau of Land Management.

The actions of one stallion on Friday that won’t soon be forgotten.

A contractor’s helicopter, with the pilot sometimes flying dangerously close, chased down a stallion and his family band (as shown in the photos below). The stallion escaped, galloping away, only to stop and watch as the helicopter pushed his band into the trap.

The stallion raced down the hill as if he might save his family. They called to each other as he circled and circled the trap site.

This continued — the band calling out and its stallion circling — even as contractors separated and sorted the captured wild horses, even as the horses were trailered, even as the trailered horses were carried to a waiting semi tractor-trailer with at least one horse bleeding from an injury. The stallion searched by the trucks as his family continued crying out to him.

Later, when the truck pulled away, he pursued it for a time before turning back to the trap site.

When a helicopter chased another group of wild horses into the trap, a mare escaped–breaking through the jute trap wings and leaving her foal behind. The lone stallion, who’d remained nearby, chased after her.

“I felt better knowing he had found a new mate,” Paige wrote later. “However, as I was leaving at the end of the day, I saw him heading back towards the empty trap site in search of his family band.” 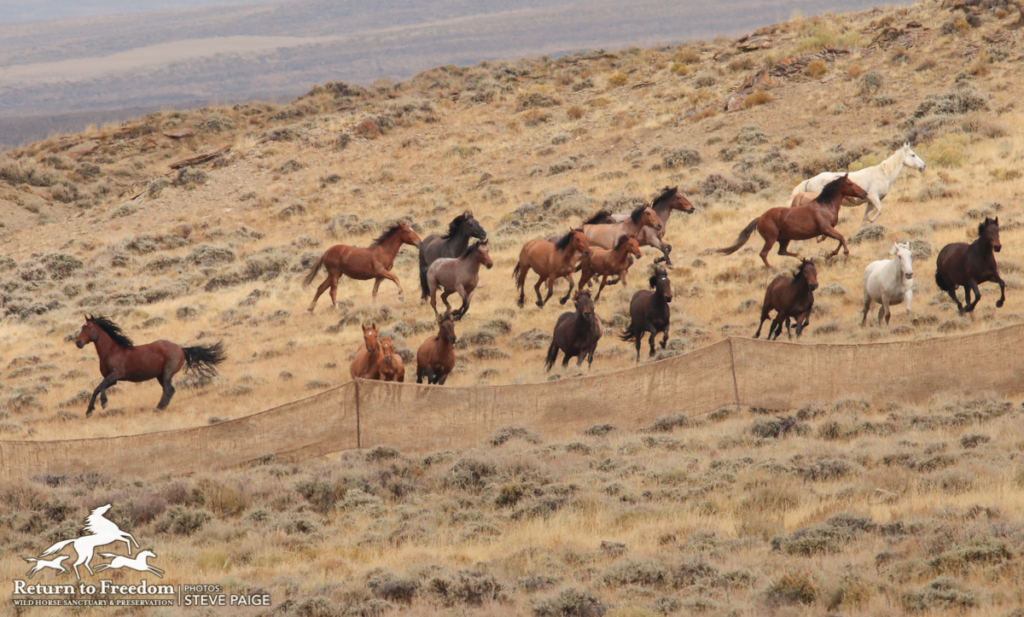 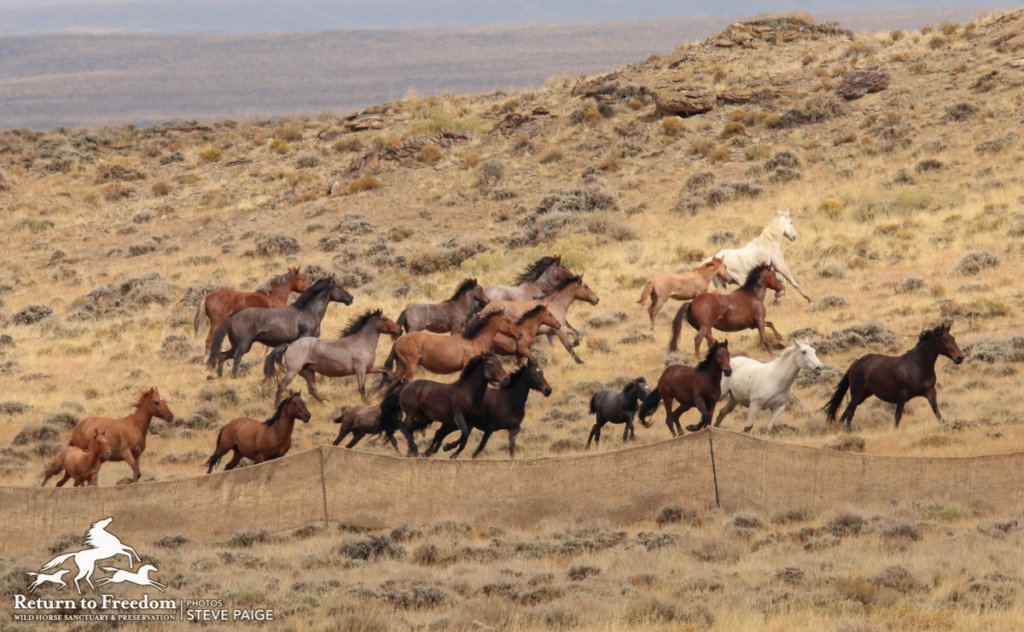 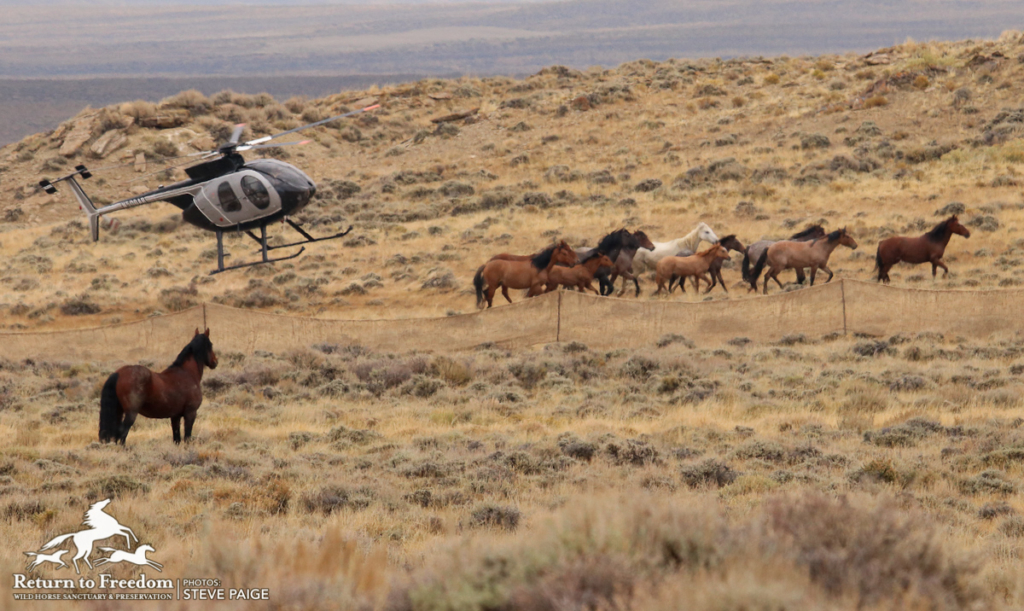 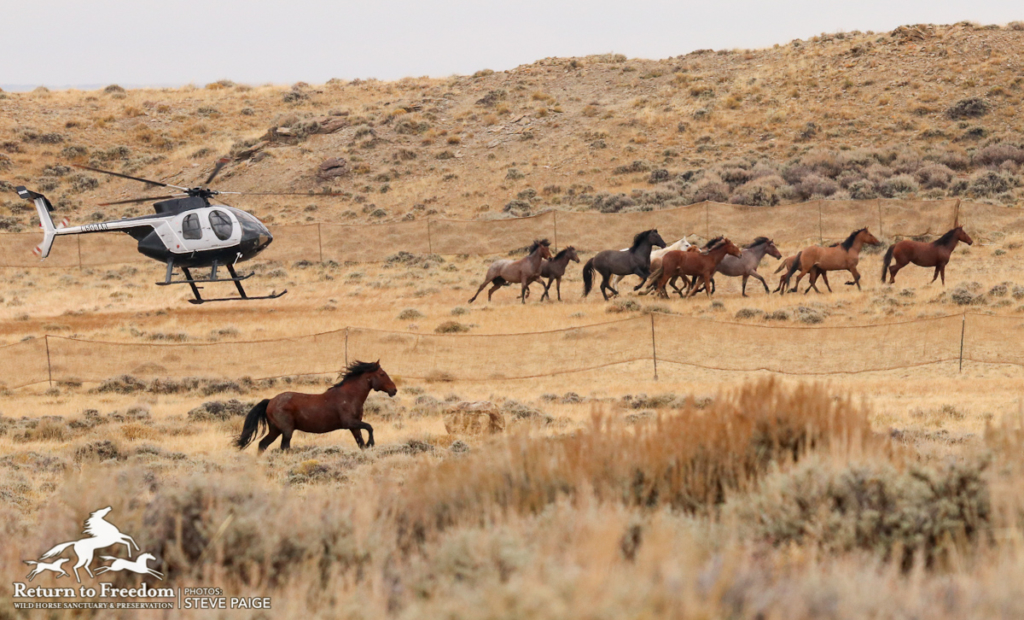 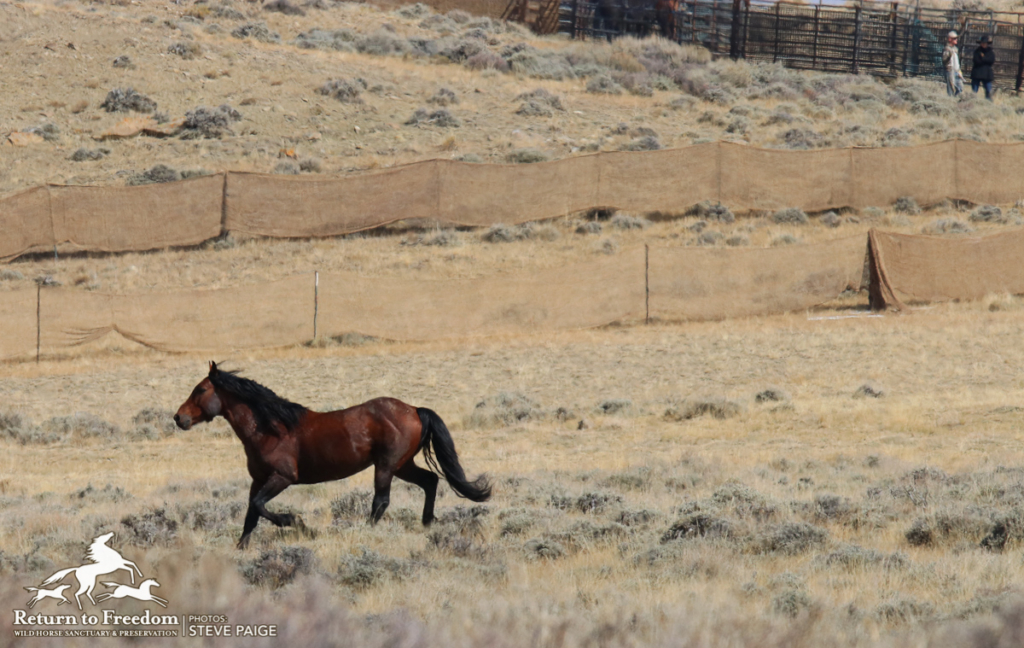 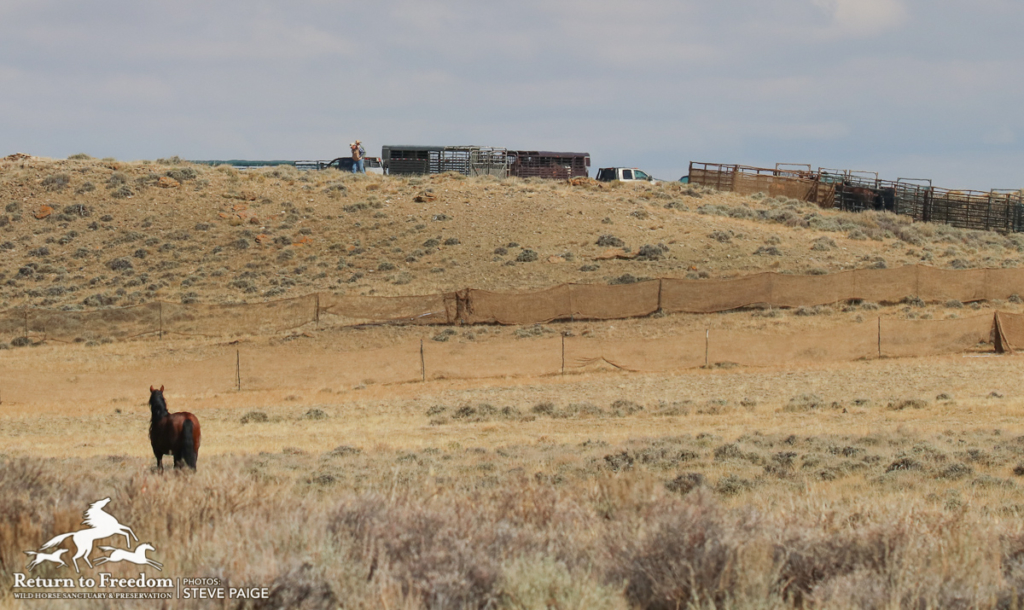 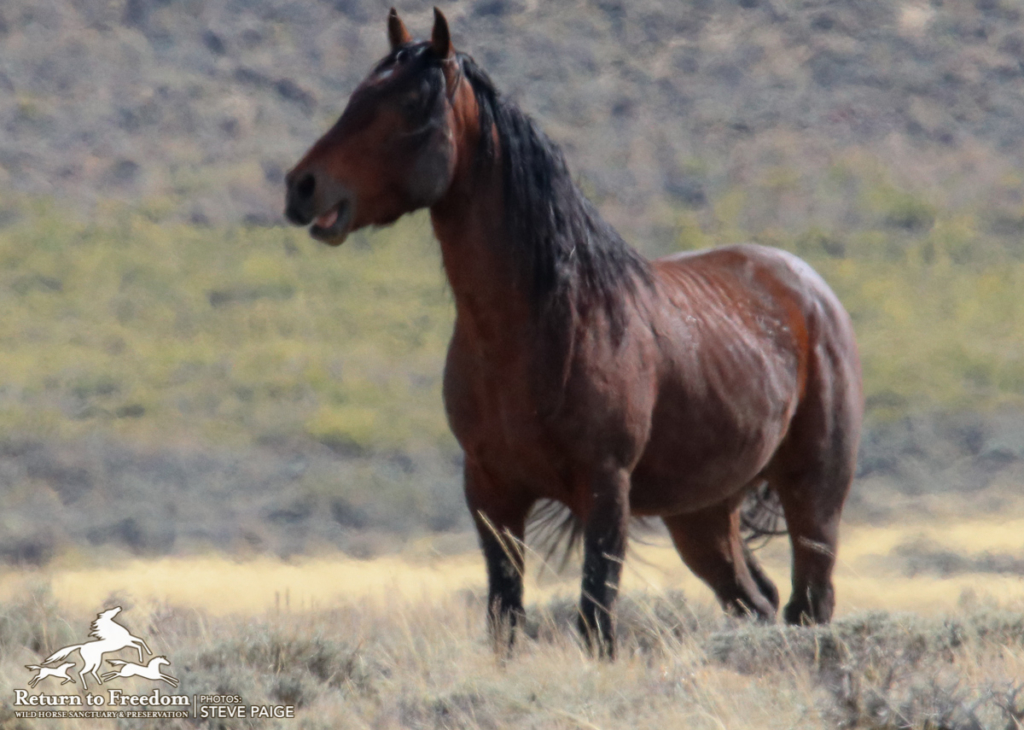 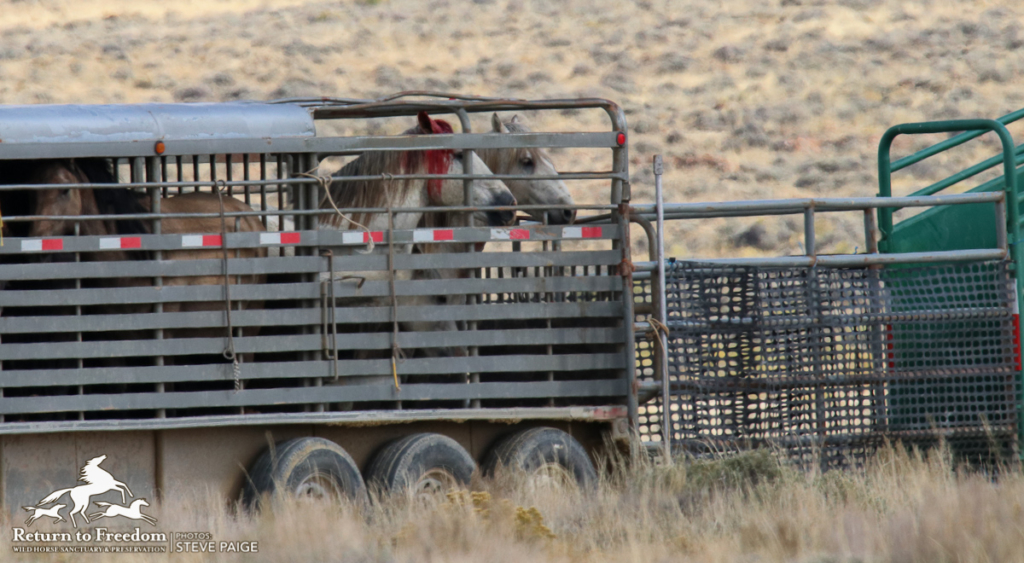 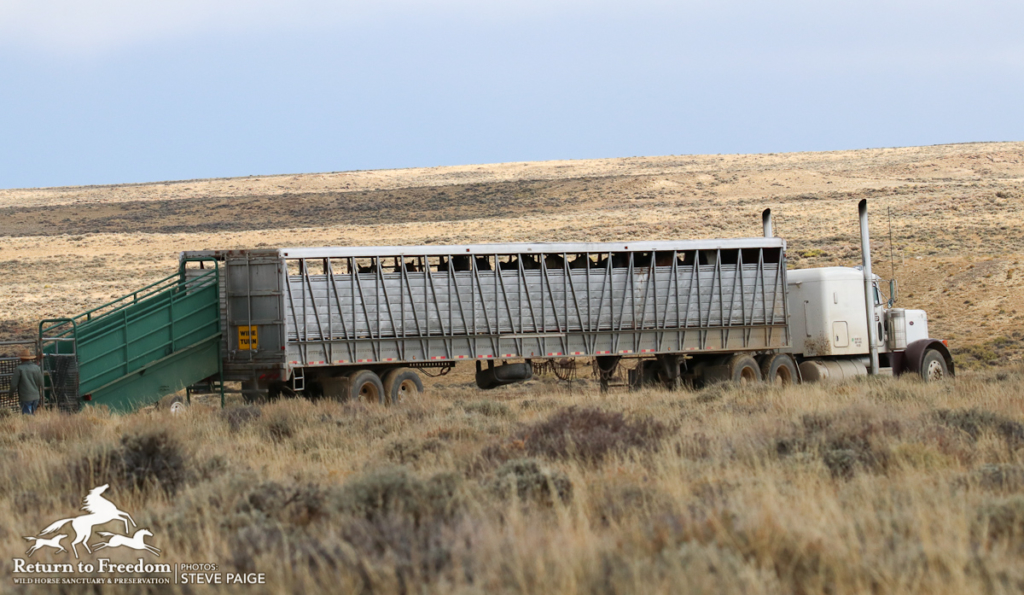 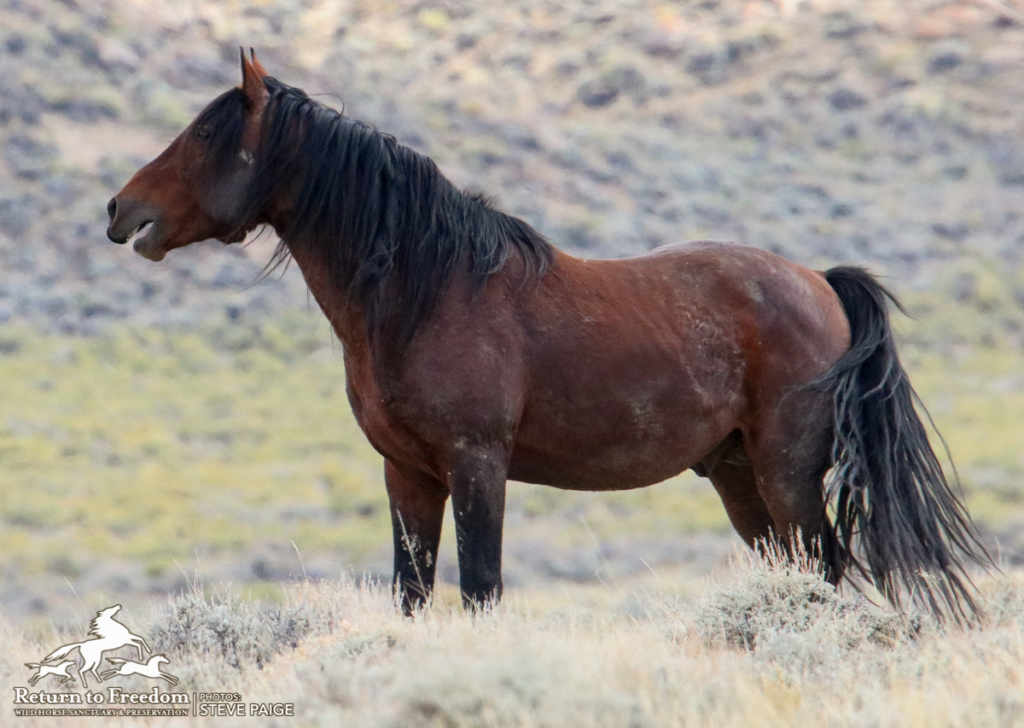 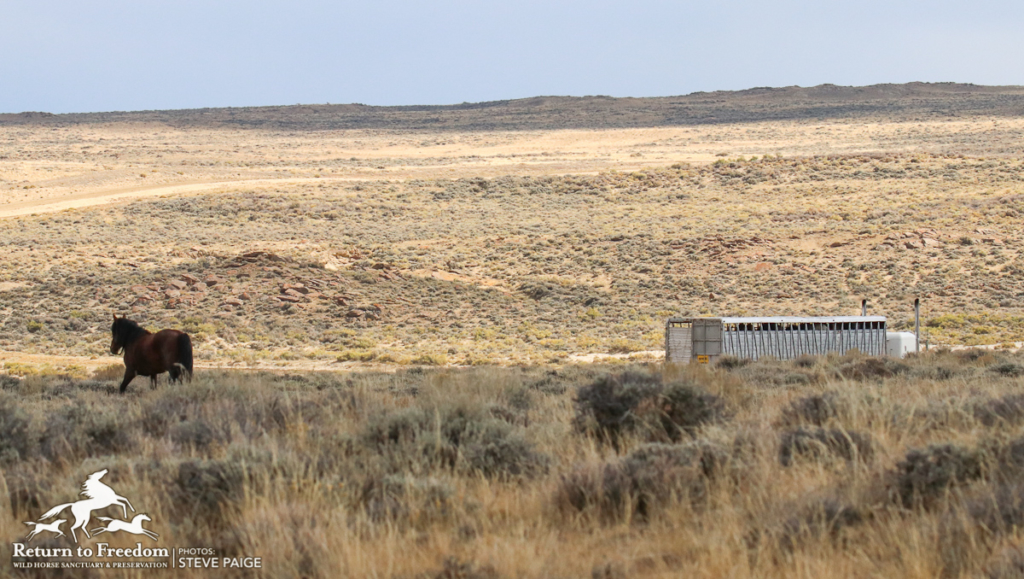 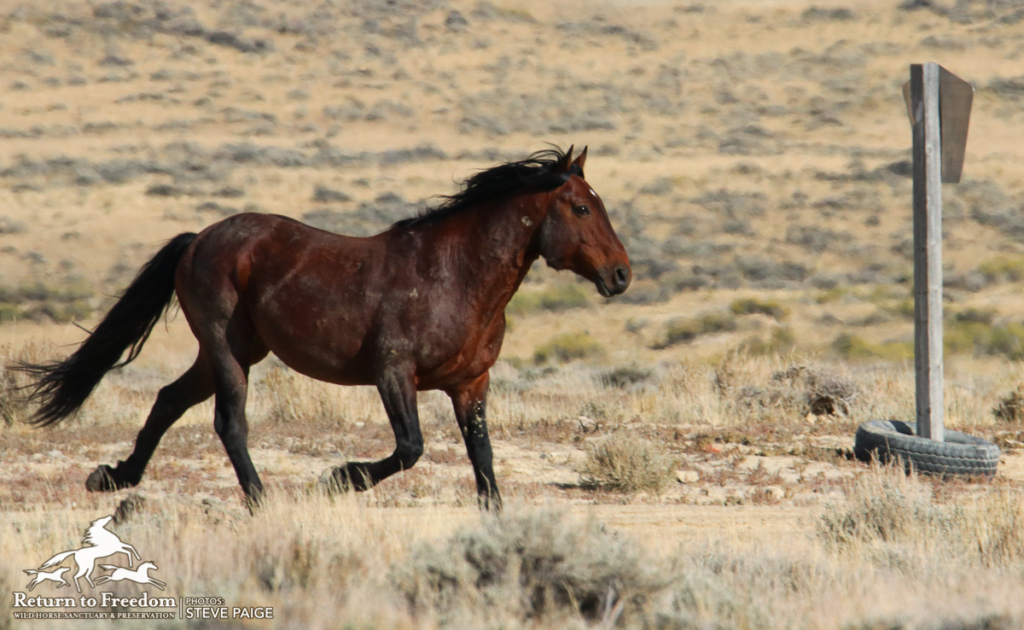 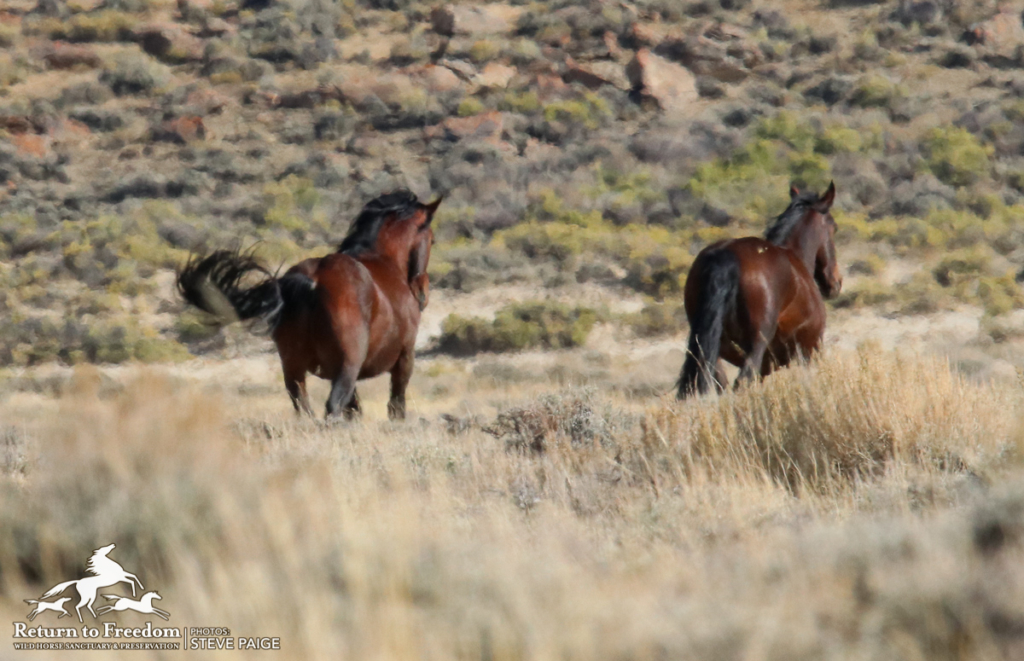 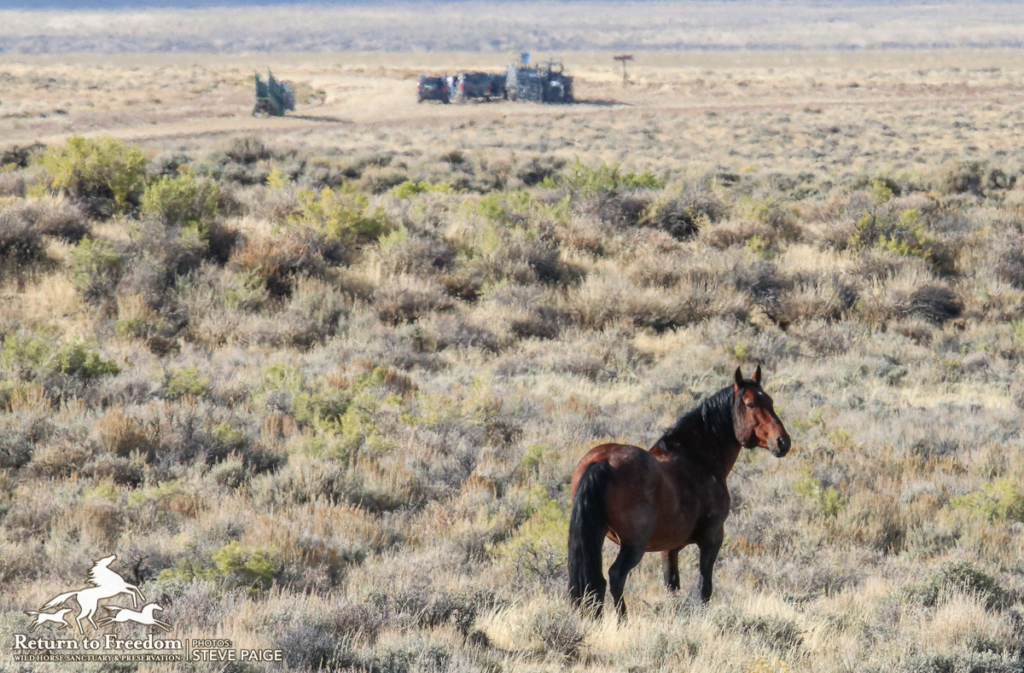