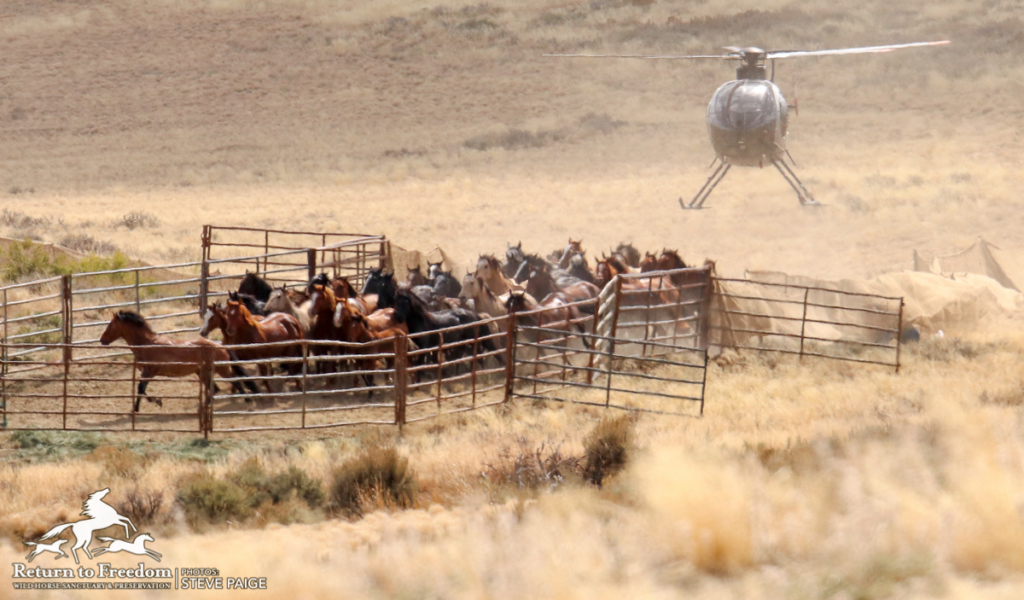 Update: Helicopter drive trapping planned for Tuesday, Oct. 3, has been postponed because of fog and muddy conditions.

That includes 125 adults and 26 foals captured on Monday and 34 adults and 11 foals captured on Sunday, according to the agency. No injuries or deaths were reported either day. In all, seven wild horses have been euthanized since the roundup began, all for what BLM described as chronic or pre-existing injuries with no chance of recovery.

According to RTF humane witness Steve Paige, the only member of the public on hand on Monday, when contractors used two helicopters, the large numbers of wild horses forced into the trap made it difficult to identify family bands, including mares and foals. What appeared from a distance to be dust rising off the wild horses was, in fact, steam from how hard the wild horses had been run. Several wild horses attempted to leap out of the trap pens, while stallions battled when confined together (see photos below).

BLM plans to capture and remove 1,560 adult wild horses from their home ranges on the Salt Wells, Adobe Town and Great Divide Basin Herd Management Areas. In an unusual move, BLM is not counting wild horses under age 1 that it is capturing against its goal of capturing 1,560 wild horses.

Having gone four wild horses beneath the BLM-designated “Appropriate Management Level” of 415 at Great Divide Basin after Monday, BLM planned to release four studs from the area before moving the trap site to the northeast corner of Adobe Town.

About half of the remaining captured wild horses are being shipped to the Rock Springs, Wyo., Wild Horse Holding Facility, with the remainder sent to the Axtel, Utah, Wild Horse Corrals, which earlier this year was the site of an outbreak of strangles.  The captured horses are to be offered for adoption, and those that are not adopted will be moved to long-term pastures, according to BLM. 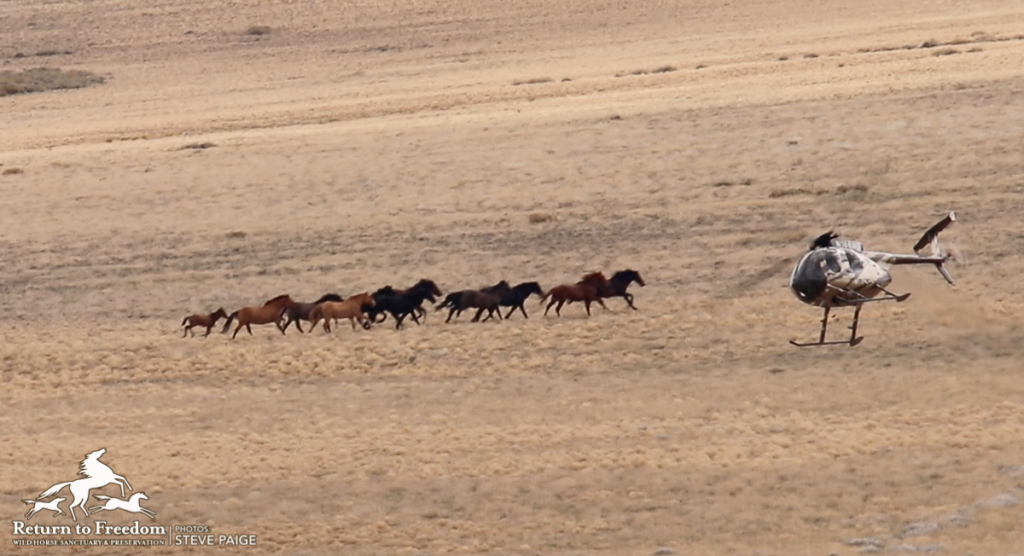 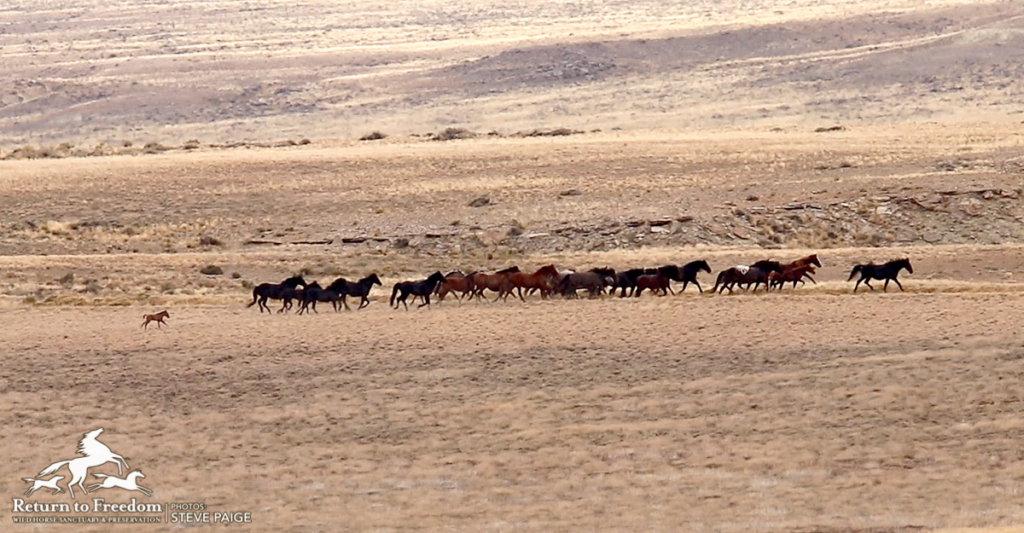 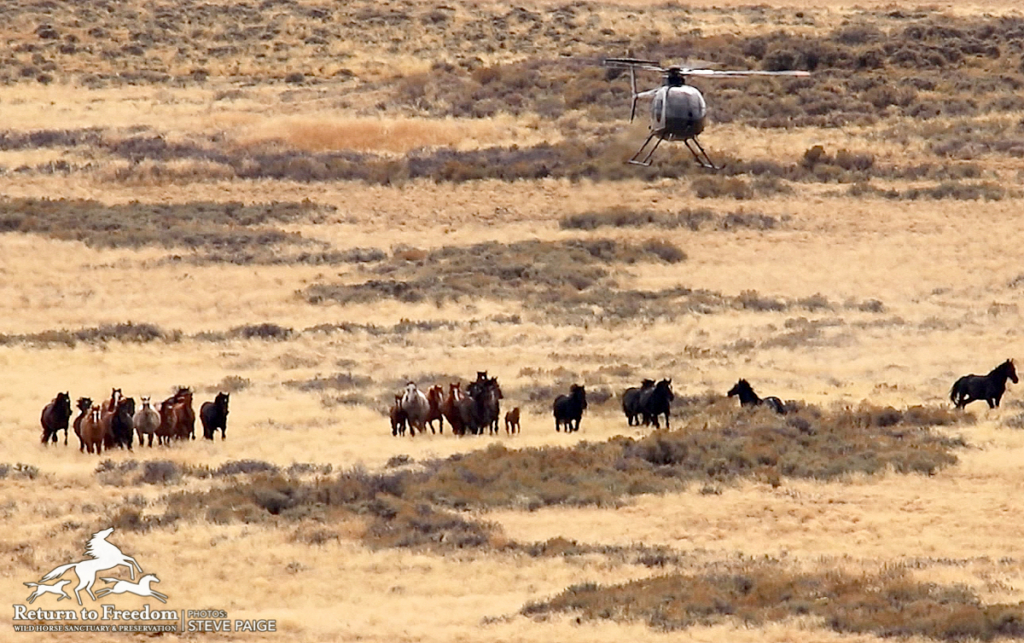 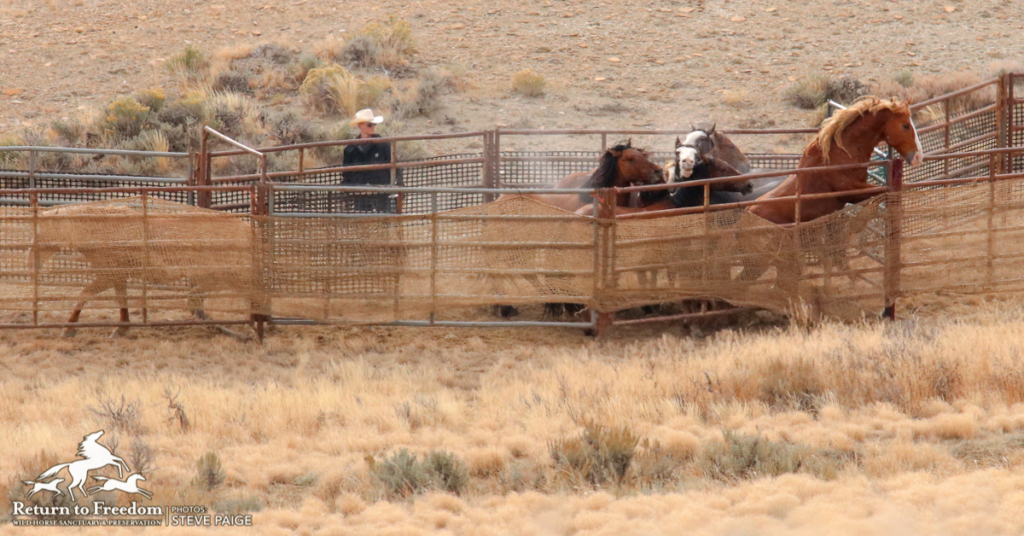 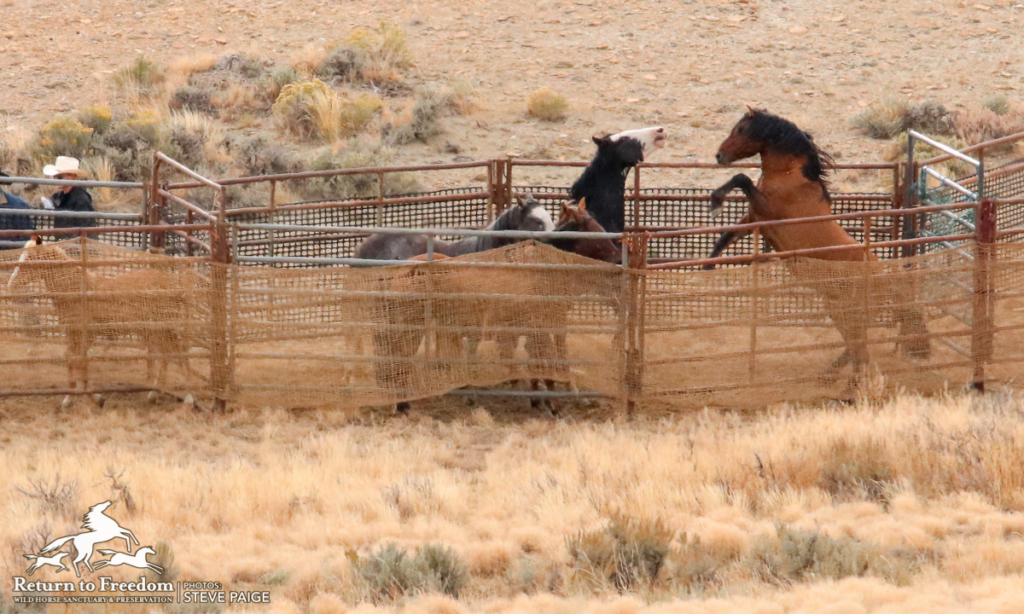 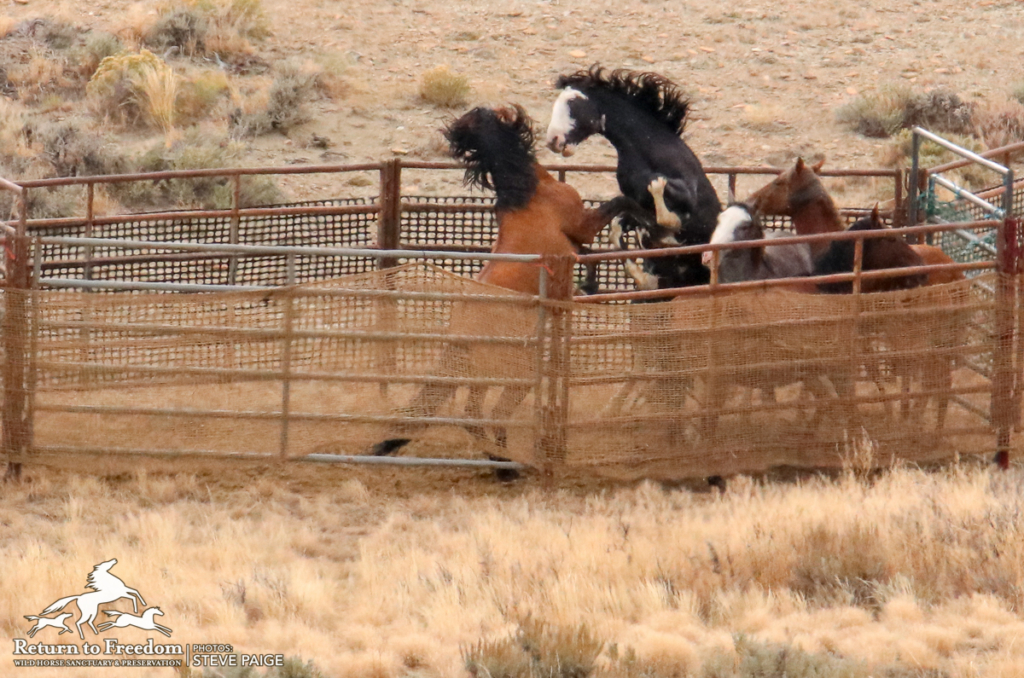 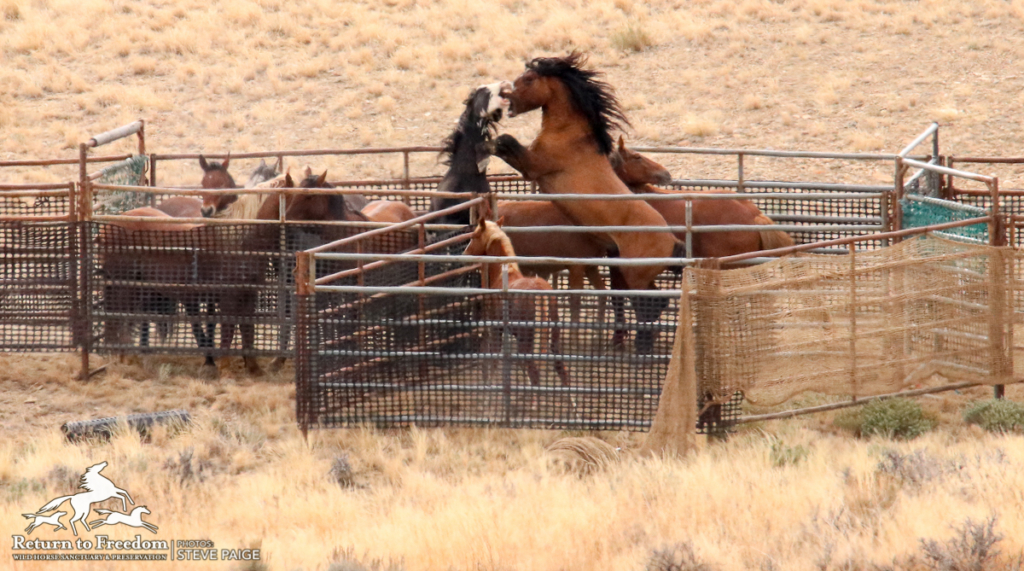 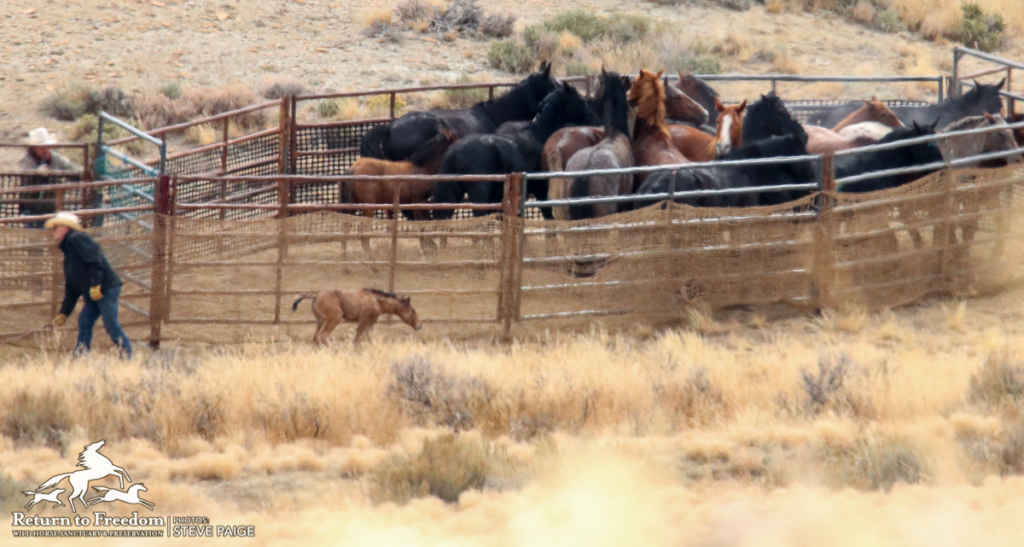 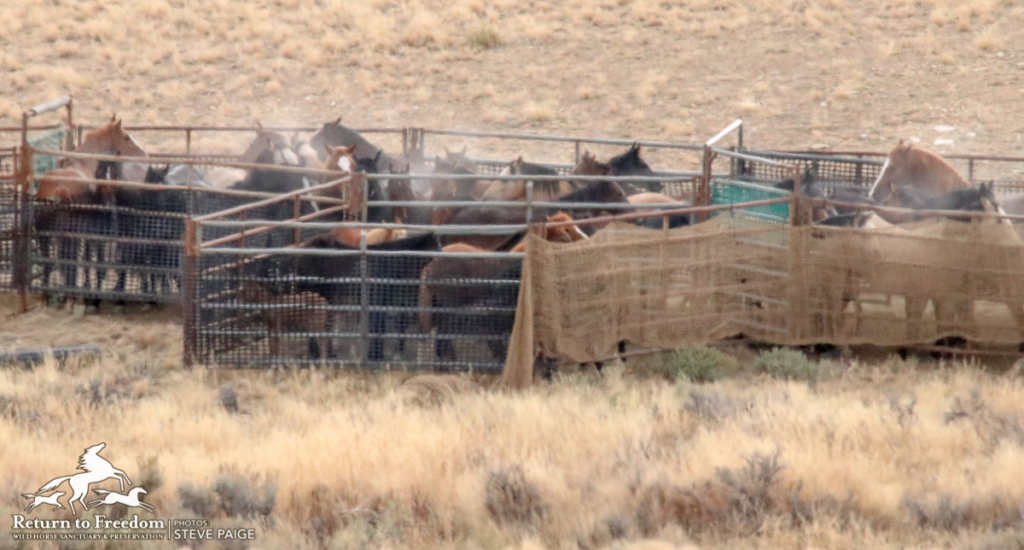 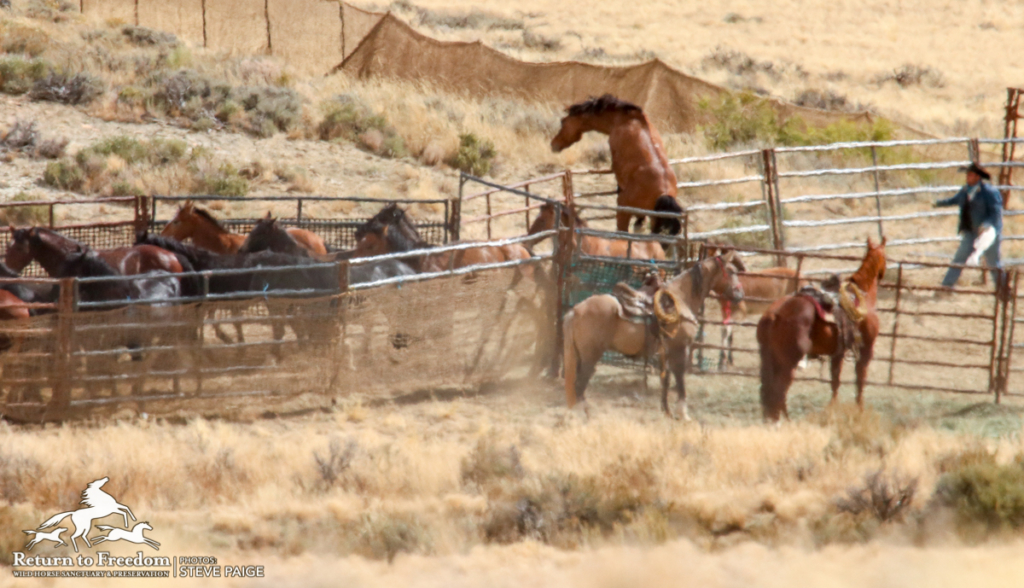