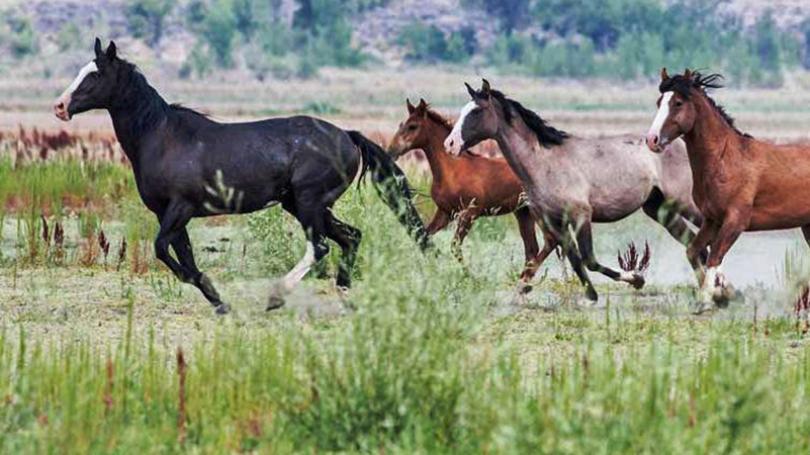 Return to Freedom is proud to share this victory for wild horses with the American Wild Horse Campaign, The Cloud Foundation and wild horse advocate Virginia Hudson and the public interest law firm of Meyer, Glitzenstein & Eubanks.

As published by The Associated Press

The U.S. Bureau of Land Management violated environmental law in its plan to sterilize a herd of wild horses in southwestern Idaho, according to a recent ruling from a federal judge.

U.S. District Judge Edward Lodge ruled Friday the BLM failed to analyze consequences of the action and ordered the agency to reconsider its decision.

“The BLM’s decision in this case is arbitrary and capricious because it did not consider the significant impacts its decision may have on the free-roaming nature of the herd nor explain why its decision is appropriate despite those impacts,” Lodge wrote in his 44-page ruling.

The American Wild Horse Preservation Campaign and two other groups who filed the lawsuit had also argued the BLM adopted a plan that failed to protect wild horses.

However, Lodge said he wouldn’t rule on whether or not the BLM violated the Wild Free Roaming Horses and Burros Act. Instead, he instructed the BLM to better articulate its reasoning for using sterilization.

“The BLM … failed to discuss the obvious contradictions between its decision to maintain a non-reproducing herd and the self-sustaining requirement that includes the herd’s ability to produce ‘viable offspring’ or ‘healthy fouls,” wrote Lodge.

A BLM spokesman was not immediately available for comment.

“The BLM’s poorly considered decision to sterilize an entire herd of wild horses in the Saylor Creek Herd Management Area would have destroyed the herd’s natural, wild, and free-roaming behaviors, as well as devastating the herd’s social organization and long-term viability,” said Nick Lawton, an attorney representing the groups, in a prepared statement.

Under the plan, the herd of wild horses in the management area would be sterilized either chemically or physically and kept to between 50 and 200 horses. Officials said when they released the plan that process is likely years away, though, as details had yet to be worked out.

The non-breeding herd would be replenished with wild horses from Idaho and sometimes other states. Wild horses are sometimes rounded up and offered for adoption when their numbers exceed the amount of food available to support them. But not all the horses get adopted and the BLM has some 47,000 wild horses and burros that are being held and fed in corrals and pastures.

The Range Management Plan guides management not only for wild horse, but also cattle grazing, recreation and sage-grouse habitat restoration throughout the Jarbidge Field Office.