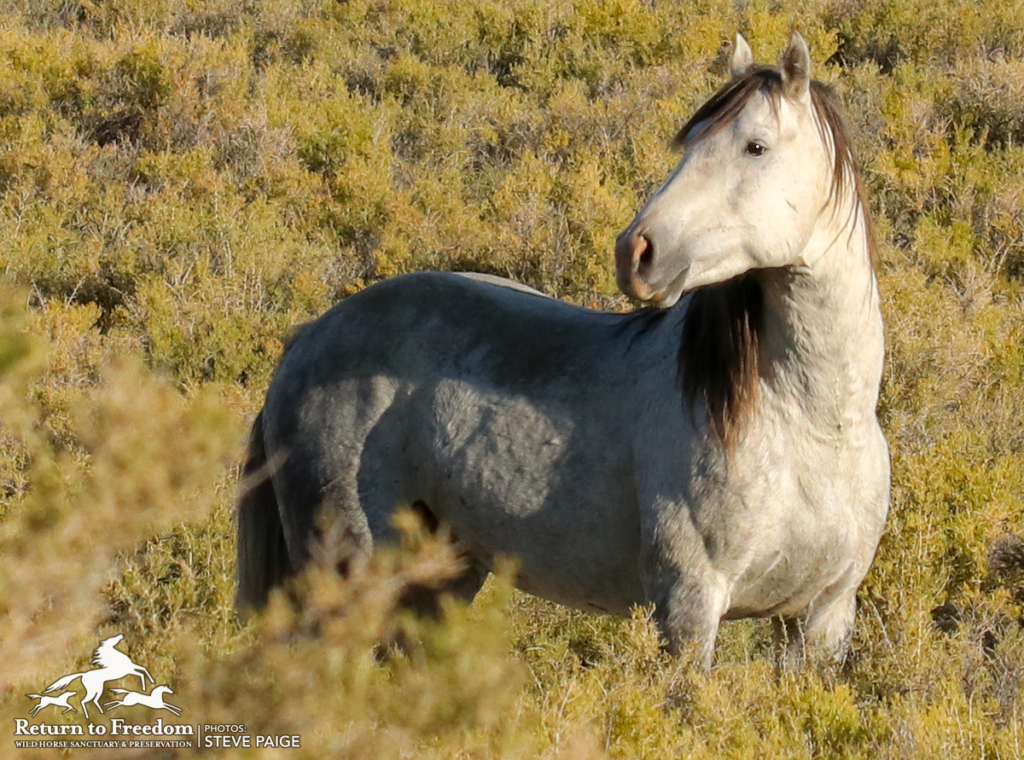 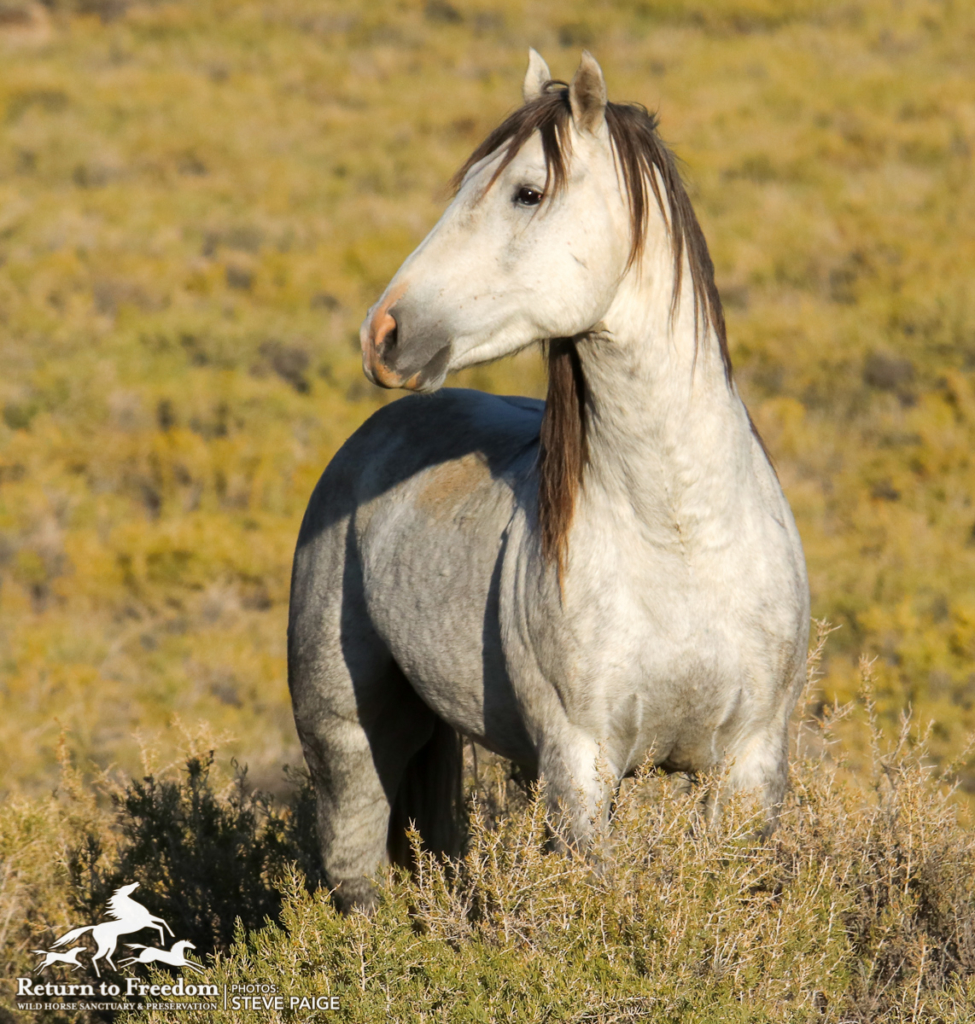 One in a small group of wild horses on the run from a distant helicopter on Friday. All photos by Steve Paige.

In all, 960 wild horses have been captured. The Bureau of Land Management says it is not counting 189 captured foals and weanlings against its goal of removing 1,560 from in and around the three HMAs, however.

That unusual step raised questions from RTF’s humane witness, Steve Paige, early in the roundup, and, on Friday, the American Wild Horse Campaign and wildlife photographers Carol Walker and Kimerlee Curyl announced they were filing suit as a consequence. AWHC is also taking issue with BLM sending captured wild horses to privately owned corrals, out of the eyes of the public.

No injuries or deaths were reported on Friday. Nine wild horses had died during the roundup, each euthanized for what BLM says was a preexisting condition with “a hopeless prognosis for recovery.”

Paige’s trek to the trap site on Friday was derailed by a punctured tire. It did not go without seeing the consequences of helicopter roundups, however:

“As I started the drive back, I could hear a distant helicopter in the air,” he wrote. “Then horses running toward me. This small family band appeared in a panic.  They stopped and listened and looked to the sky, then ran off in search for cover.” 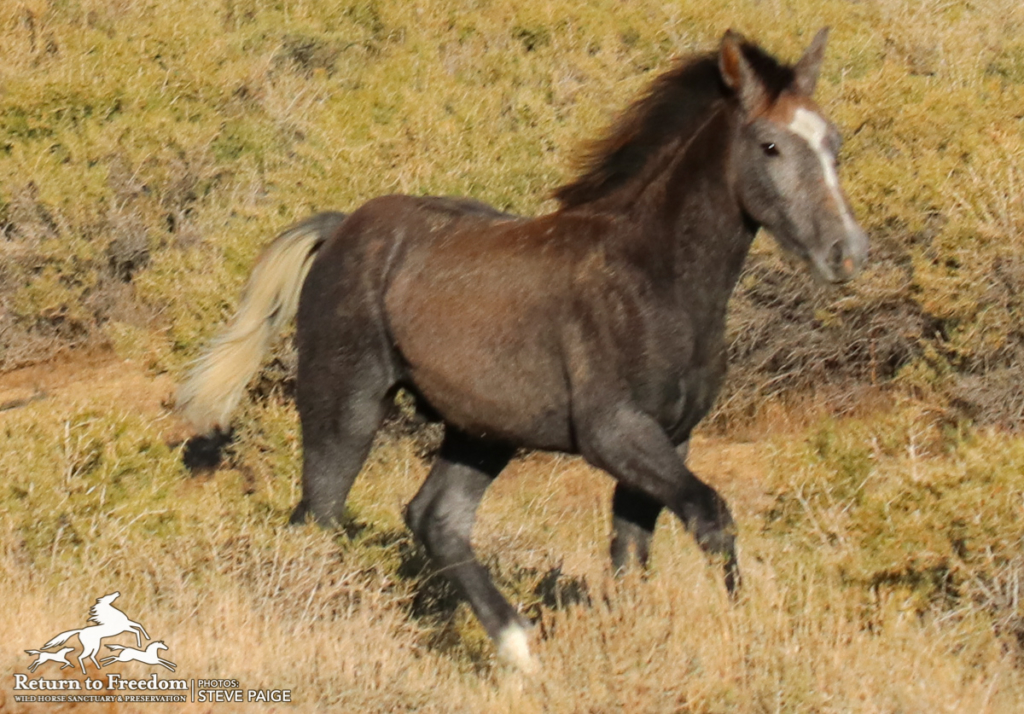 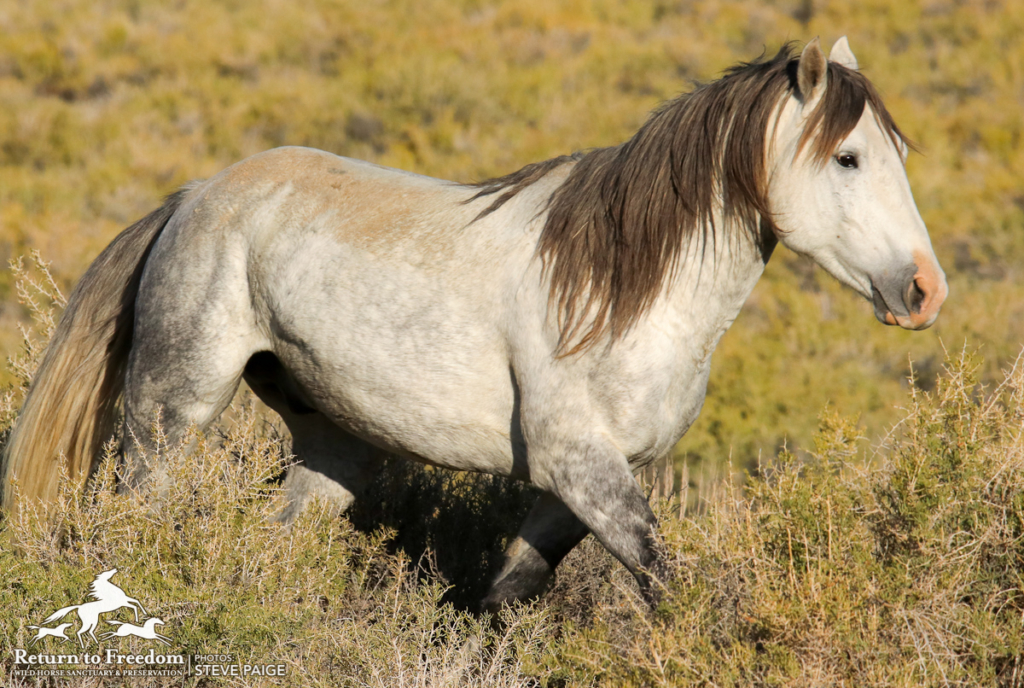 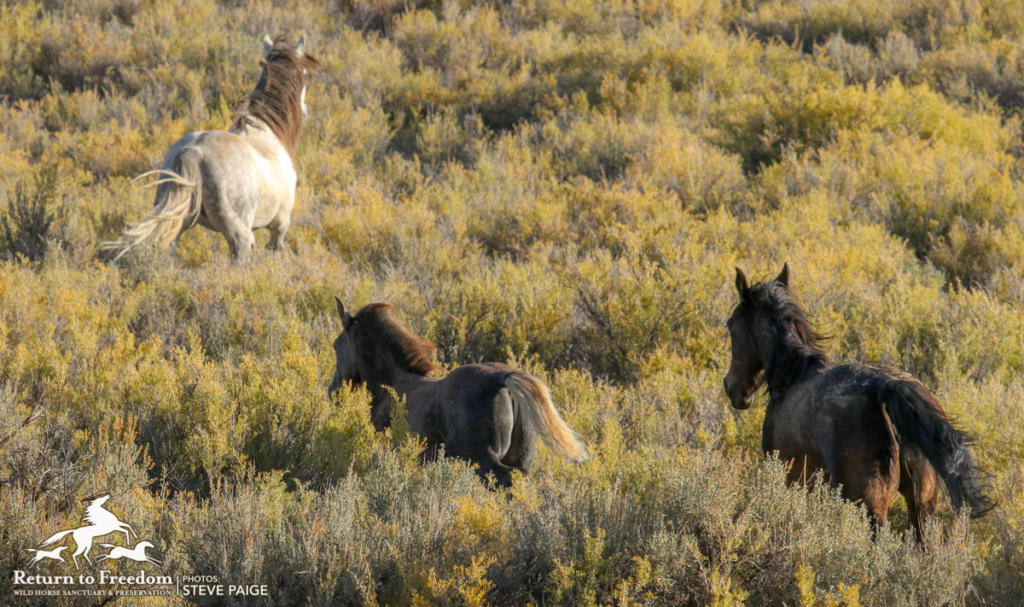