One of two helicopters used by contractors on Sunday pushes small groups and family bands into a group of 66 wild horses headed toward the trap site. All photos by Steve Paige.

This post has been updated to include three deaths included in BLM’s daily gather report.

Three wild horses were euthanized: a sorrel colt with a club foot, a 12-year-old chestnut stud with a club foot and 20-year-old sorrel stud with laminitis. Theirs brought to 12 the total number of deaths — all of them euthanized for what BLM says were preexisting conditions with “a hopeless prognosis for recovery.”

In all, 1,193 wild horses have been captured since the roundup began. The Bureau of Land Management says it is not counting 242 captured foals and weanlings against its goal of removing 1,560 wild horses from in and around the three HMAs, however.

That unusual step has prompted the American Wild Horse Campaign and wildlife photographers Carol Walker and Kimerlee Curyl to announce plans to file for a preliminary injunction.

As a result, according to RTF’s humane witness, Steve Paige, BLM officials said that they planned to release six of the wild horses captured at Salt Wells Creek HMA on Sunday because the combined number of adults and foals captured would exceed its goal for that herd management area.

The operation was set to move to the Adobe Town HMA on Monday.

The three HMAs are part of Wyoming’s Checkerboard: an unfenced region alternating blocks of public and private or state land. The roundup is set to take place over a combined 1.7 million acres of public land and 731,703 acres of private land. 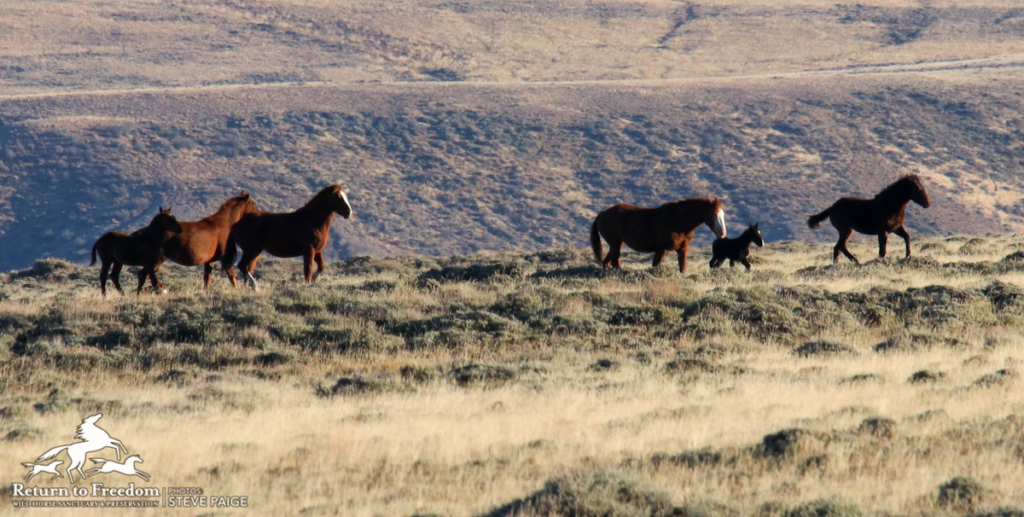 A surprising number of curly foals, like the one above, were among those captured on Sunday.

Above and below: These black-and-white foals looked so similar that it appeared they might be twins. 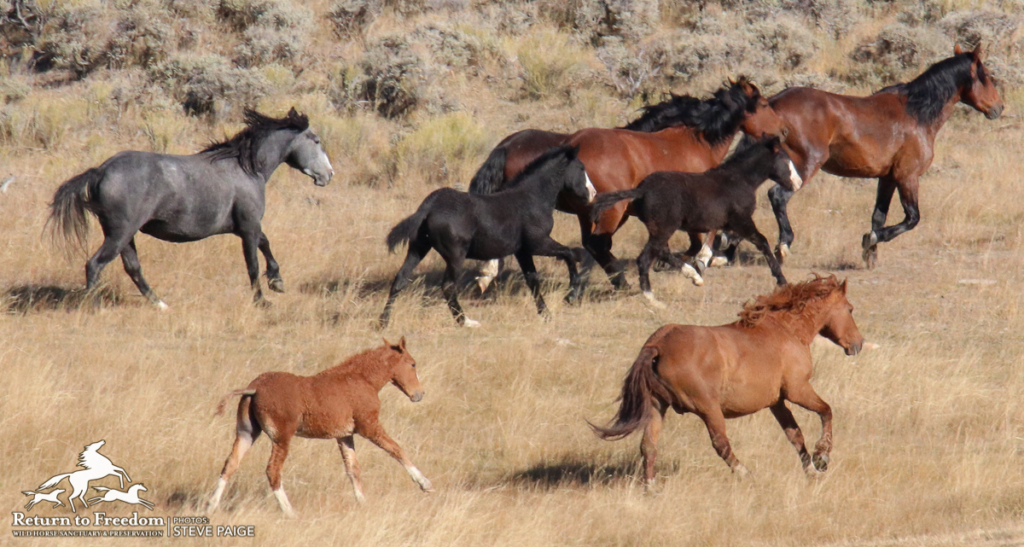 Above: This little black foal managed to keep up and was later paired up with its mother at temporary holding.