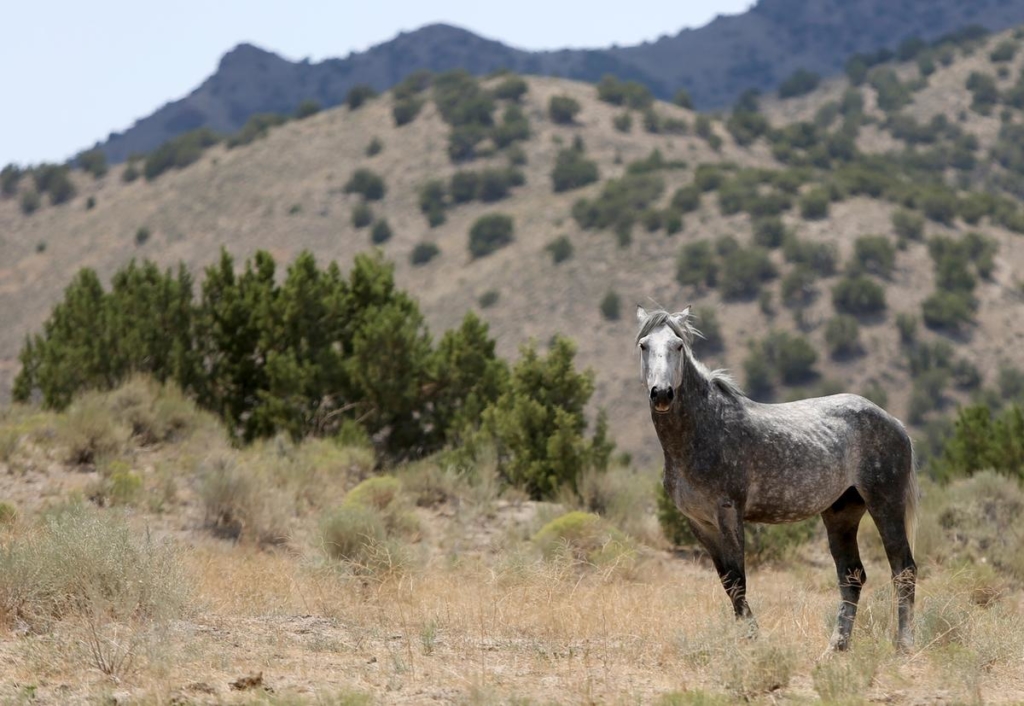 Brian Steed, who last month was appointed BLM’s deputy director of programs and policy — the agency’s top political appointment — will now lead the agency’s more than 9,000 employees who oversee about 245 million acres of public lands.

Steed replaces Mike Nedd, a career BLM employee who since March has served as the agency’s acting director. President Trump has yet to nominate a permanent BLM director.

Nedd sent an email to BLM staff late yesterday announcing the changes. In the email, Nedd also said he will move to the post of acting deputy director of operations, which handles the day-to-day operations of the agency and its employees.

John Ruhs, who has served as acting deputy director of operations since May, will return to Nevada, where he was formerly BLM state director.

The moves involving Nedd and Ruhs will be carried out “in the coming weeks,” Nedd wrote in his email.

“This week, Secretary Ryan Zinke appointed Brian Steed as Acting Director of the BLM, and I want to welcome him as he begins his journey leading this great agency,” Nedd wrote. “John Ruhs and I have worked alongside Brian since his appointment as Deputy Director for Programs and Policy in October, and we have come to know his ethic, his intellect, and his passion for our multiple-use and sustained yield mission.”

Several Interior officials, who asked not to be identified because they are not authorized to speak publicly on the moves, praised Steed as an “extremely nice individual.”

One BLM official said Steed “made a positive impression” on employees at a recent meeting.

“My sense is that he’ll be very popular at BLM and it’s a good fit,” added a former senior BLM official, who also asked not to be identified.

Interior spokeswoman Heather Swift said in an emailed statement to E&E News that Steed “has been an incredible asset to [BLM] since his first day.”

She added: “We are excited to have him temporarily step into this leadership role. We couldn’t be more thankful to Mike Nedd for leading the Bureau during the initial transition. Nedd helped execute big wins for sportsmen’s access, multiple-use, and energy development on BLM lands over the past few months.”

But others expressed concerns about Steed’s position as a political appointee and his connection to Utah and its Republican-led congressional delegation.

Steed served as Stewart’s chief of staff from 2013 to last month. Prior to that, Steed served as the congressman’s campaign manager, according to his LinkedIn profile.

Both recommendations have been sharply criticized by conservation groups and congressional Democrats. But Stewart and other members of Utah’s congressional delegation have been vocal critics of those national monument designations by Presidents Clinton and Obama, respectively.

“He obviously has connections to the Stewart Utah mafia, with tentacles extending throughout Utah politics,” one former BLM official said.

“The effect is that the Utah delegation’s fervent anti-public-lands views have advocates within the highest levels of government — including at the BLM,” she added. “Steed is certainly in a position to carry out an inside-out attack on the nation’s public lands, including national monuments.”

He taught economics at Utah State University’s Jon M. Huntsman School of Business, as well as political science at the university. He served as deputy county attorney in Iron County, Utah, from May 2003 to August 2005, according to the LinkedIn profile.

Steed was the co-author with other Utah State University researchers of a paper published in the fall 2016 edition of the Journal of Private Enterprise titled “Boon or Bust: Wilderness Designation and Local Economics.”

He earned a doctorate in public policy from Indiana University, Bloomington, in 2010 and a law degree from the University of Utah in 2002.

Steed’s promotion comes at a time when the agency is undergoing major changes.

Zinke has said he wants to reorganize Interior, perhaps even moving BLM’s headquarters out of Washington, possibly to Denver (Greenwire, Aug. 15).

The ongoing reorganization effort has already resulted in the removal of three BLM state directors in Alaska, Colorado and New Mexico (Greenwire, June 27).

Ruhs’ return to Nevada was rumored among BLM sources for some time.

Ruhs is credited as state director with helping defuse tensions between the agency and Nevada ranchers following the Cliven Bundy standoff three years ago.

“I appreciate John’s sacrifice over the past seven months while he has lived away from his family and the wide open spaces that he loves,” Nedd wrote in the email to staff.

Ruhs’ move back to Nevada will also reduce the number of acting state directors.

Nevada is one of six state offices with no permanent BLM state office director. The others are the Alaska, Colorado, Montana-Dakotas and New Mexico offices and the Eastern States office, which includes 31 states east of and bordering the Mississippi River.