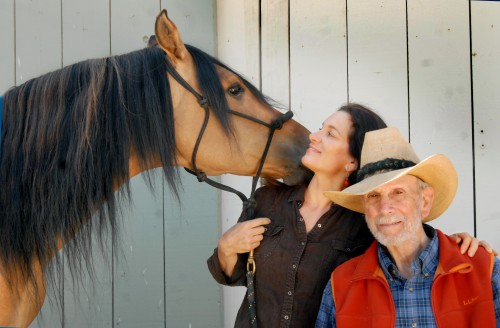 On May 4th of this year my family and I said goodbye to my father,

Bill DeMayo, who leaves a legacy of joy and brotherhood, love and perseverance.

My father left elegantly and gracefully and on his own terms. He never complained and was positive and kind every moment until his last breath.

My father supported my dream and passion to create Return to Freedom because he loved and believed in me… at first he thought he was simply supporting me and joined the Board lending his strong expertise in estate planning and tax accounting. But he later realized that it was the most fulfilling part of his life. He loved the visitors, the beauty of the horses and the ranch, and sharing his last 17 years with his family in this endeavor.

Although we ache to see him and his twinkling eyes- he is present and his memory reminds us to enjoy each and every moment… and each other. He loved humanity, his family and friends.

My family and I, and the many friends he gained along the way, will be filled forever with gratitude and admiration for who he was and how he lived his life. We love and honor him and we celebrate his return to freedom.

For those who knew my father, or even those who have been moved by the work he helped to make possible, we have created the Bill DeMayo Legacy Fund in his memory. These funds will be earmarked for an endowment account to help protect and sustain the future of Return to Freedom. 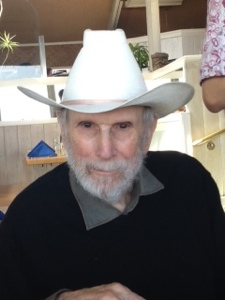 Bill began his career as a field examiner for the IRS and is a retired partner of Ernst & Young. Turning attention to education, he then became a full professor at the University of New Haven, Connecticut, where he also served as Treasurer and a Planned Giving Officer.

He has served and been honored by numerous professional associations devoted to taxation, financial management, and estate planning. Bill is a graduate of the Wharton School, holds an M.B.A. in taxation, and is a C.P.A.

Bill served on Return to Freedom’s Board of Directors, as well as the organization’s Planned Giving Officer for eight years. Today, at 93 years young, he still enjoys the sanctuary’s visitors and refers to the past 16 years as the most rewarding of his life.