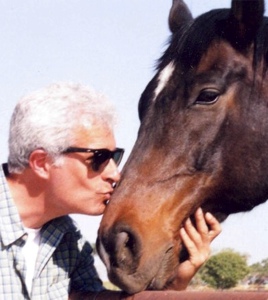 Jack Carone has been working for the rights of other species for over twenty-five years. As a principal in several animal advocacy organizations, he has lent his voice and his pen to oppose a wide range of injustices toward animals, while encouraging and helping others to do the same.

A twenty-year veteran of the music industry as a singer, songwriter, record producer, and music director, Jack was first moved to action in the early 1980s when he received a mailing about animal experimentation. His love for his own dog companion inspired him to become involved in helping other animals.Jack worked for eight years as Volunteer Coordinator and Park Manager for Tree People, for decades with a seminal Los Angeles animal rights organization in a leadership capacity, was on the staff of the award-winning Animals Voice Magazine, co-directed a large domestic horse sanctuary, and currently sits on the board of Return to Freedom Wild Horse Sanctuary.

Jack believes that because our versatility as humans has permitted us to acquire enormous power over the lives of other species, we have a solemn duty to use this power to the benefit of those with whom we share the planet.