Avada’s column shortcodes allow you to manage the content on your pages into different column widths. This allows for greater control over your layouts, and provides creative opportunities. Columns serve as a container to place other content inside of them. Use any of our other shortcodes inside of a column shortcode. 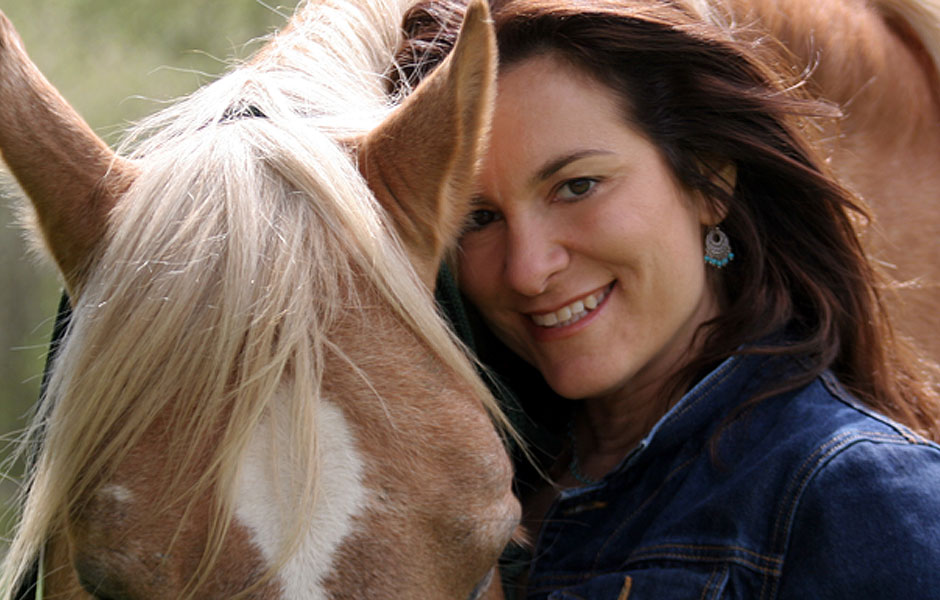 One of Neda’s earliest memories of wild horses was watching them being chased and captured on television. “Whether it was a movie or the news I cannot recall, but I will never forget the anguish I felt as a 5 year old child standing by helplessly as these beautiful horses were traumatically captured.”

If asked when she first fell in love with horses, she will tell you that she cannot remember when she was not in love with them, in fact her first word was “horsey.” She began riding lessons when she was four years old, and in the years that followed she “lived on the back of a horse.” Living in Connecticut surrounded by miles of trails, she rode her horses whenever there was daylight and sometimes by moonlight. She competed in hunter-jumpers, competitive trail and eventing.

When she graduated high school, Neda left the east coast and travelled across the United States to California. Her pursuits in the theatre and healing arts led her to travel extensively, experiencing different cultures around the world.

Years later she moved to Los Angeles to join her sister and friends in their theatrical endeavors. Holding the vision of one day creating an animal sanctuary, she spent years as a costume designer and fashion stylist in Hollywood. Through these years she rode other people’s horses on and off but two serious automobile accidents in 1994 changed everything, “I realized that I needed to get clear about what I really wanted to do with my life,” Neda recalled. “Because you don’t know how long it’s going to last.”

In the mid 1990’s the Associated Press was doing a widespread expose on the adoption, abuse and slaughter of wild horses. Like many other Americans, Neda was exhilarated to discover that there were still wild horses surviving in remote areas, but outraged that they were being destroyed. She researched other sanctuaries and the politics affecting wild horses. In the years that followed Neda visited other wild horse sanctuaries. In that time her vision became clearer, and her convictions stronger: the general public and government agencies need to align with nature±s priorities.

In the 1990s, Neda studied with various natural horsemen, all wonderful communicators in their own right. Because of their common passion for wildhorses, Neda developed a strong friendship with horse trainer Carolyn Resnick. She spent two years learning Carolyn’s liberty training methods as they were the most congruent to how she saw horses interacting with each other. A deep bond can be achieved through establishing a true relationship in a language horses understand.

The dream of harmony and balance between humans and the environment lives in all of us. For some, it is forgotten or misled. Return To Freedom Sanctuary is an environment where, through direct communion with the natural world, children and adults alike can recognize nature as our home and not something that needs to be conquered.