Grace is a beautiful strong buckskin mare. She was captured with her stallion Silver King and the rest of their intimate family in the Silver King roundup, October 3, 2010. 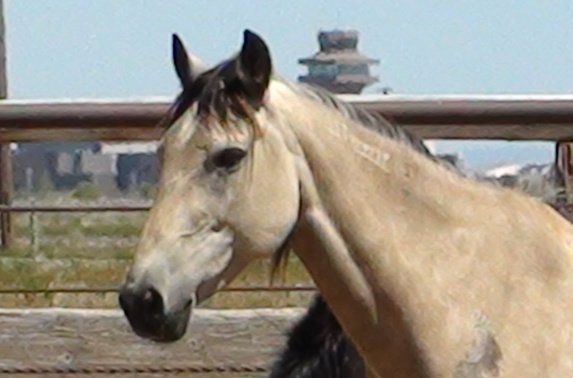 After the helicopter assault, Grace and her family were forced into a trap at the capture site, where they were held in a pressure-cooker situation with other bands in the same small enclosure.

After hours waiting in the small holding corral at the trap site, Silver king and his mares’ heart wrenching screams rose above the panic of their capture as they said goodbye through the metal bars of the holding pen.

As her stallion was hauled away to Gunnison Prison, Grace  and the other mares were all taken to a large BLM holding facility. 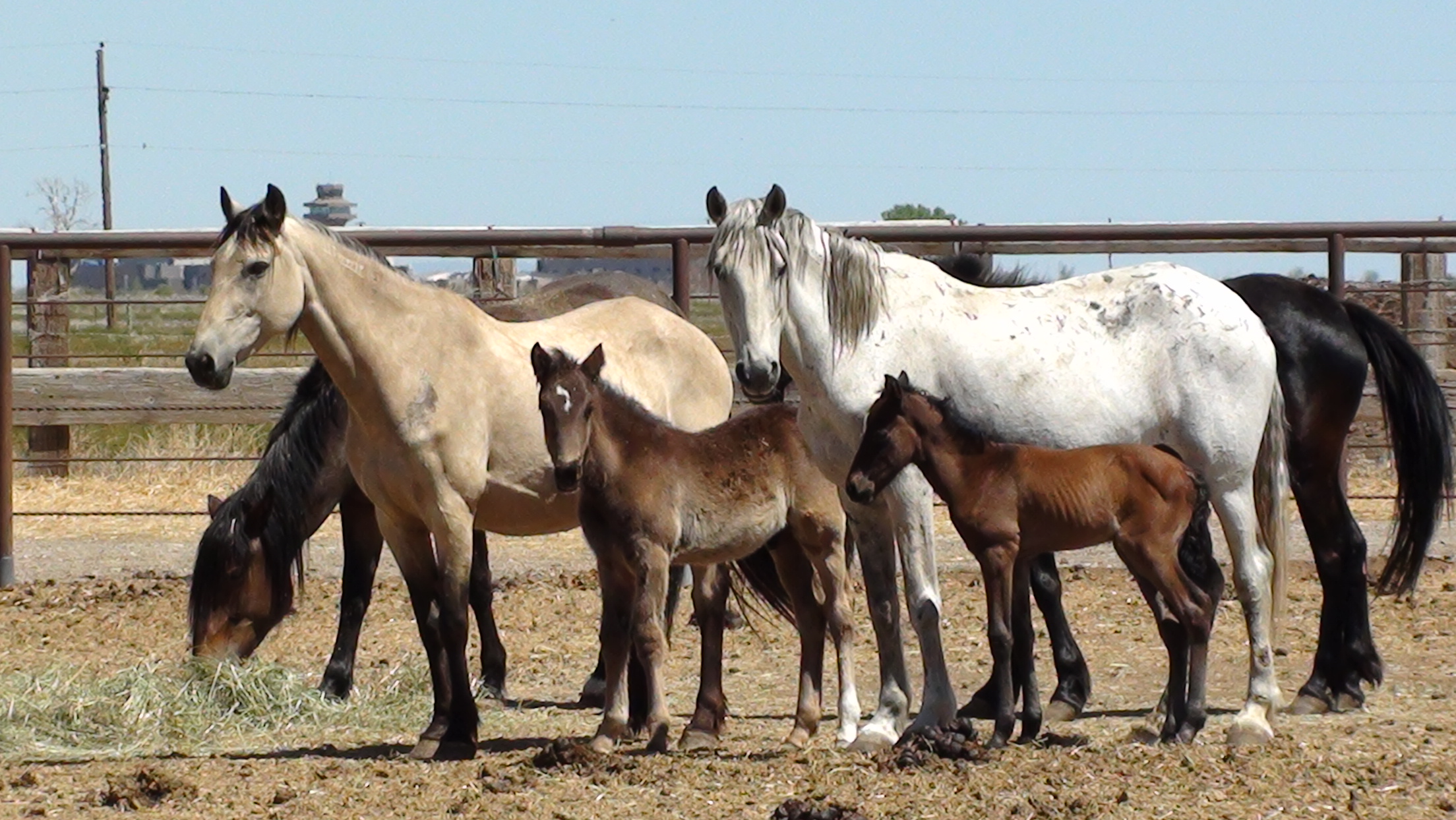 RTF tracked down Silver King’s mare, Grace and a few others from his band and moved them to a leased holding area in Nevada.  In the holding area two foals were born after the roundup.

Since 2011, RTF has had to board the mares from both the Silver King and Calico roundups, at our colleagues, Dreamcatcher Sanctuary in Termo California where they roam 600 acres in northern California.

This Holiday season, 2015, we will be able to reunite Silver King with Grace and his 2 other mares at Return to Freedom’s American Wild Horse Sanctuary, in San Luis Obispo, California

Silver King Round Up-Death of Braveheart