“There is no place in America for a domestic or foreign-driven horse slaughter industry. We are not, nor have we ever been a horse eating culture. Organizations like Return to Freedom have decades-long track records of effectively implementing solutions for domestic horses as well as the challenges facing our wild, iconic animals. I feel we are better served bringing to scale these solutions rather than going the route of the cruel and bloody business of roundups, neglect, and transportation to killing floors,” –Robert Redford 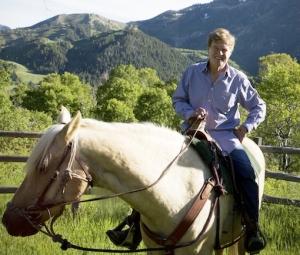 “Our wild horses are close to the hearts of almost all Americans, and it seems therefore wholly UN-American to use the solution of slaughter when there are other alternatives.” – Richard Gere

The 2007 shuttering of the last horse slaughterhouse in the United States has done nothing to keep American horses and burros from foreign killing floors or decrease the risk to human health from eating horse meat.

An average of 127,000 horses were trucked to their deaths in Mexico and Canada from 2008-15, according to the U.S. Department of Agriculture. Once beyond our borders and the USDA regulations, horses can face brutal and terrifying deaths in antiquated facilities.

The Obama administration effectively banned horse slaughter by defunding USDA inspector positions needed to conduct legally required inspections. No lasting ban on horse slaughter has been signed into law, however.

Should federal meat inspector funding be reinstated, protections for horses would be poor at best. Some states, like California and Texas, have horse slaughter and horse meat sale bans, but others require only that horse meat be labeled.

And while the American public has shown no taste for horse meat and in surveys expresses strong opposition to the slaughter of horses, a number of companies have applied to open slaughterhouses in recent years in order to meet demand in countries that include Mexico, Japan, France and Belgium.

Because American horses are not raised to be eaten, they frequently are given medications banned for human consumption by the USDA and European Union.

No regulations require the sharing of information about substances previously ingested by a horse up for auction. There, horses are often purchased by “kill” buyers with the intent on sending them to slaughter.

More than 90 percent of these exported horses are in “good” condition, according to the USDA.

This legislation would amend the Federal Food, Drug and Cosmetic Act to deem horses and other members of the equidae family an unsafe food additive or animal drug. The SAFE Act would also ban the knowing sale or transport of equines or equine parts in interstate or foreign commerce for purposes of human consumption.

Doing so will reduce health risks to human beings and prevent the needless suffering of horses.

Stand with Us and TAKE ACTION!